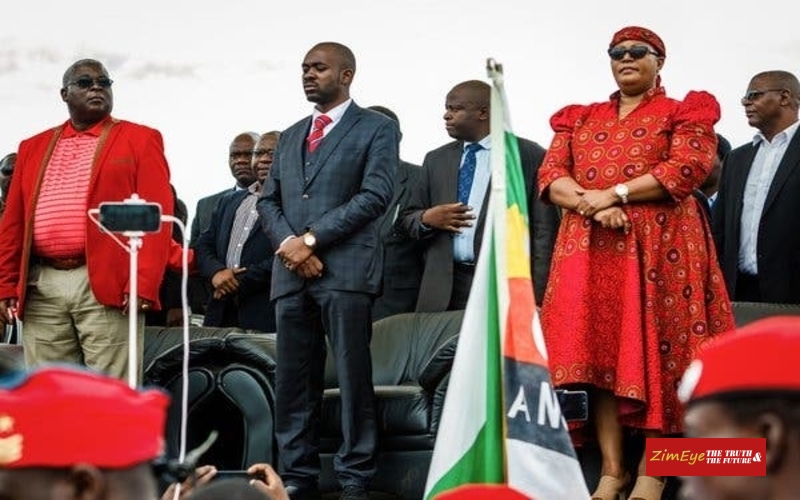 MDC-T interim leader Thokozani Khupe held a hastily arranged meeting of the party's standing committee, which officials said was meant to clear the ground for reunification talks with Nelson Chamisa.

Daily News however says that the talks would however need to accommodate Welshman Ncube and Tendai Biti who joined the coalition in 2017.

MDC-T youth assembly chairman for Harare, Paul Gorekore said that the youths were determined to push for dialogue. The meeting was to be held last night.

Meanwhile, MDC youths appeared fed up with the factional wars in the main opposition after they seized the iconic Harvest House before vowing to force dialogue between Thokozani Khupe and Nelson Chamisa.

The youths said the action was meant to save the party from collapse as its leaders' bloodletting escalates.
Former MP for Highfield West Happymore Chidziva said that youths from the factions were fed up and had decided to force dialogue using 2014 structures.

MDC Harare provincial youth leader Paul Gorekore said the move to takeover the party headquarters was meant to unite the leadership and save the party from being hijacked by Zanu-PF.

Gorekore accused acting SG of making illegal decisions without consulting party structures and of working closely with Zanu-PF, police and the military while blocking Khupe allies from entering the party offices.

MDC-T National Organiser Abednico Bhebhe has called his colleagues within the party leadership to order, urging them to respect the concerns of dozens of party youths who took a step to seize the MDC's Harvest House headquarters Sunday demanding a stop on internal hostilities threatening to destroy the once formidable opposition.

Bhebhe also called on dozens of anti-riot police to leave the entrance of the opposition headquarters and stop interfering with the party's affairs. He said the youth had expressed concern about the unilateral conduct and decision making of senior leaders without involving the organs of the party such as the National Executive and National Council.

Bhebhe was referring to continued recalls from both parliament and councils, of party representatives by the Thokozani Khupe led MDC-T.