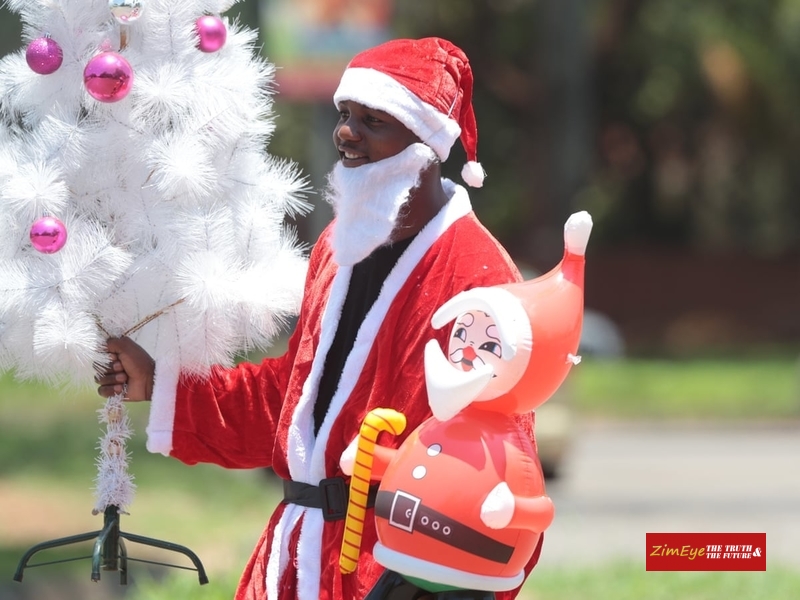 Parties will not be permissible during the festive season,' says home affairs minister Kazembe Kazembe

The Zimbabwean government has effectively banned Christmas parties due to Covid-19, but defiant revellers say they will celebrate, even if it means hosting bush parties. Home affairs minister Kazembe Kazembe said police were out in full force to enforce Covid-19 lockdown regulations to save lives as Zimbabwe enters the second wave of the pandemic.

“We are not yet out of the Covid-19 woes. The country is in the second wave of the virus. Parties will not be permissible during the festive season,” he said.

Traditionally, December is a festive month with weddings and parties countrywide. This year, while parties are banned, low-key weddings are permitted.

“Weddings will be allowed but with limited numbers. Police will be out in full force to enforce Covid-19 regulations and make sure they are being followed,” said Kazembe.

The party scene is vibrant, but not in the central business districts of cities. Nightclubs in city centres are routinely shut down and some unlucky revellers arrested. But shisa nyamas and pubs in residential areas and city outskirts are recording brisk trade.

“The police are incapacitated. They don’t have fuel to do normal policing duties, so how do you expect them to drive 20km out of town to stop a party?” said a club owner. Tourism facilities such as hotels and bed and breakfast lodges remain open. Some parties are being held at the relatively cheaper B&Bs.

“You book a lodge for US$100 (about R1,450), invite around 20 friends, bring drinks and a good DJ. It’s even cheaper than spending at a nightclub,” one partygoer said.

The biggest losers are nightclub owners in the CBD. Those who try to break the curfew rules have to be prepared to deal with corrupt law enforcement agents, usually teams composed of police and soldiers who keep them open by the hour for a fee.

“It’s bad, but what can we do [except bribe]? Government is not being fair to us. We are not Covid-19 transmission centres. Look at the public transport system. Buses are overcrowded and they are controlled by the government. Even the so-called ‘essential services’ are as bad.
Come the first week of January next year, we are expected to pay school fees, buy uniforms and other basics, yet we were shut down in what was meant to be our busiest season. If worst comes to worst, we will party in the bush,” said a club owner.

The government turned down a proposal from the Vic Falls Carnival to hold the annual New Year’s Eve event, which usually draws crowds from SA, Botswana, Namibia and Zambia.

“There’s no carnival this year. We called it quits after the government rejected our proposal to host the event due to the Covid-19 pandemic,” said carnival spokesperson Emmanuel Tivatyi.