COMEDIENNE and musician Felistas ‘Mai TT’ Murata’s business shower turned into a counselling session following her outrageous outburst at the weekend. She was irked by her husband Tinashe Maphosa’s conduct with a number of socialites on social media. The business shower, running under the theme ‘Shanda Mukadzi Shanda,’ drew a number of businesswomen, who got the opportunity to exhibit their products. Mai TT said she had a weakness, which sees her failing to control her temper, at crucial times. She narrated how she went mad after learning about Tinashe’s comments on Joey Nyikadzino’s figure. A number of exhibitors and guests attended at the last hour, presumably to see if Mai TT was in attendance.   “I am hum

Shocking news is coming from socialites Tatelicious, Olinda Chapel & Zuva habane that Mai TT may be crying for help after they revealed that Mai TT is in a physical abuse relationship with Tianshe Maphosa. Olinda told the people that Mai TT  was beat up and locked in the house by Tinahs Maphose. See photos below and the video of the abusing allegations.

Amongst all the decent women you chose me Amongst the most beautiful you chose me Those with big bums and hips you still chose me The holier than thou you still chose me Our past is nothing new to us , you were still searching and I was still searching. Unfortunately they did not respond to the messages because the ring wasn’t meant for them . I had my past wich I never hide from you and I’m glad you know it but still it did not stop us from walking down the Aisle. Having a husband is not an achievement but a blessing from God thts why you see some people bitter and angry because that blessing is something they all wish for but unfortunately it’s not happening. I brag about you because you also do the same with me , we met for a short time coming from

Tinashe Maphosa Tell Mai TT Olinda Chapel Is A Lier - I Have Never Text Her Or Kumunyenga. Mai TT is not happy with husband & Olinda Chapel .Olinda Chapel after she was on a Facebook live and told her fans Tianshe has been in her inbox since 2019 , now Mai TT is demanding the truth she confronted husband Tinashe Maphosa on her Facebook and he accused Olinda Chaple of lying and that he has never messaged her or event tried to ask her out. Watch the video below as Tinashe Maphosa tells his story.

Cat family is not playing games this time, Tianshe Maphosa found out the hard way after he removed Mai TT from his Facebook profile and posted a photo of himself showing off his muscles. Cat Family went in attack mode and within a few  hoursTinashe posted photos of Mai TT back on his profile. he photos below.

DJ Fantan Arrested Wife Says She Has Suffered Enough From Abuse Music producer DJ Fantan was arrested on Tuesday after his wife told police he beat her and locked her up at their home. Fantan, real name Arnold Kamudyariwa, was detained at Waterfalls Police Station. Police spokesman Assistant Commissioner Paul Nyathi said: “DJ Fantan has been arrested for domestic violence and is in police custody.” His wife, Gamuchirai Nemukunyu, said Fantan had a history of becoming violent when the couple argued. “I’ve suffered enough at the hands of this man,” she told H-Metro. “He has been assaulting me, abusing me and destroying our property. I think it’s high time justice takes its course. I want him to be stopped from abusing me.” In a 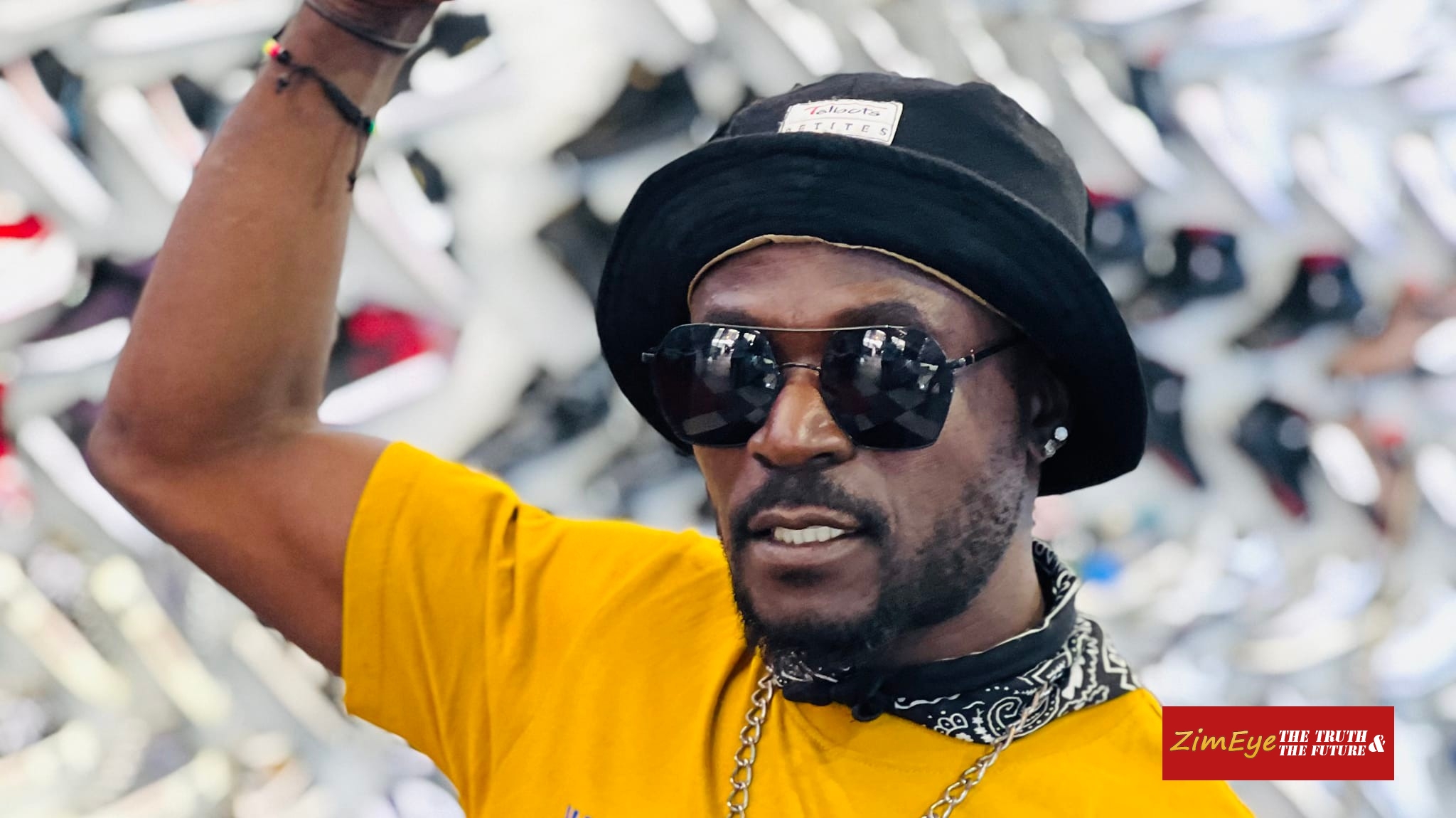 Snakeundergrass Responds To Sunday Mail Ndakasimba Kunge Njanji Rent Yangu Yakabhadharwa 1 Year Advance NeMbinga. Socialite SnakeUnderGrass is not happy with the article posted by The Sunday Mail claiming that he was broke and struggling to take care of his family and pay rent. The comedian posted the following on his social media platforms. Related Story Snakeundergrass NdaBroka Handina Mari YeRent Neyekuchengeta Mhuri - Management Yangu Yakandisvipa POPULAR comedian London Boy, who rose to temporary stardom on social media for his viral “Snake under grass” skit, is crying foul after being dumped by his long-time managers Rare Musik for reportedly being “difficult to work with”. Born Obrien Tandaira, the comedian rose to fame under the management of 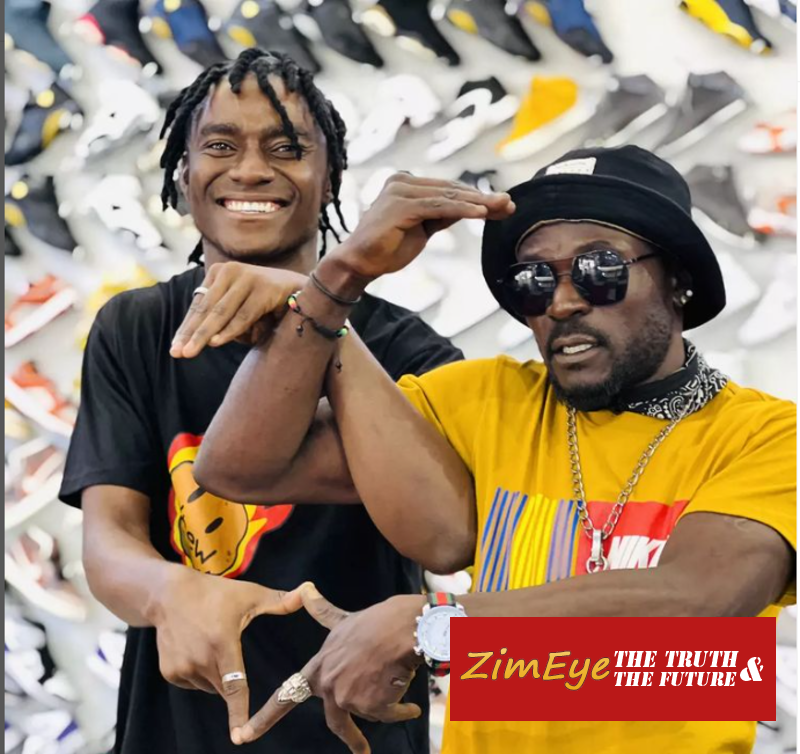 POPULAR comedian London Boy, who rose to temporary stardom on social media for his viral “Snake under grass” skit, is crying foul after being dumped by his long-time managers Rare Musik for reportedly being “difficult to work with”. Born Obrien Tandaira, the comedian rose to fame under the management of Rare Musik. But recently he was dismissed, which has seen him losing several deals and sponsorship from corporates. In an interview with The Sunday Mail Online, London Boy said his dismissal was a turning point in his life. “To be honest, I was left stranded after I was dumped by Rare Musik because they were key funders of my projects,” he said. He also said he is now finding it increasingly difficult to pay rentals at his small apartment 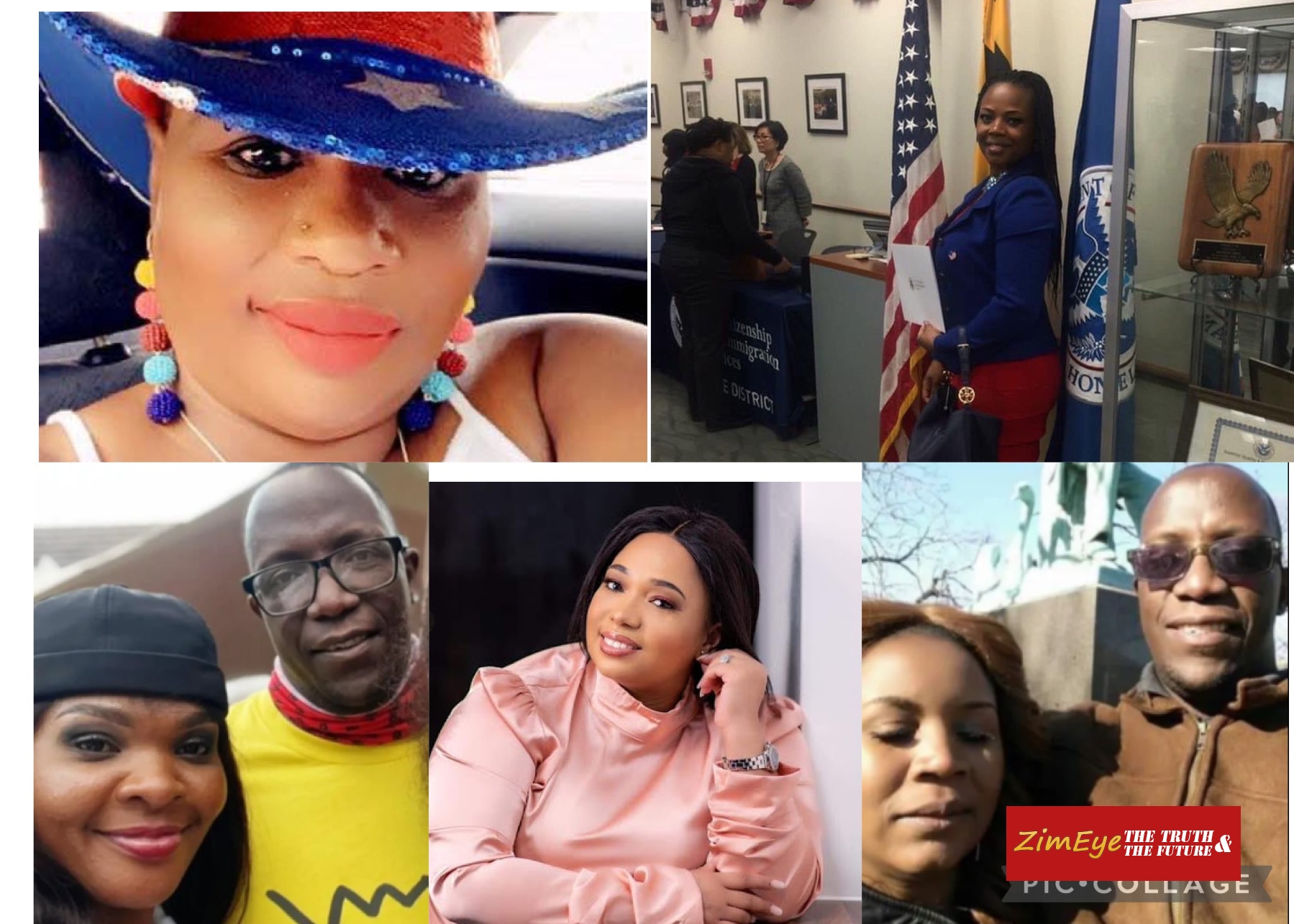 After Mai TT celebrated what could of be considred as a wedding of the year in Zimbabwe, less than a week after her wedding a huge disapointment happened. Mai TT & her new husband were planning to fly to America and spend their honeymoon. While Mai TT & Tinashe Maphosa were busy planning for their wedding Mai TT's enemies were working full time to destroy the happy couple. Evidence Chihera and famous ghost Pamelah Tamirah reported that Mai TT was stopped at the airport from going to America after immigration told her that she had been banned for 10 years to enter America.  Reports are that when Mai TT went to America the first time she used a visitors Visa which she received from her last boyfriend Shepard Shepilo. During that visit Mai TT and Shepard broke up and Mai T 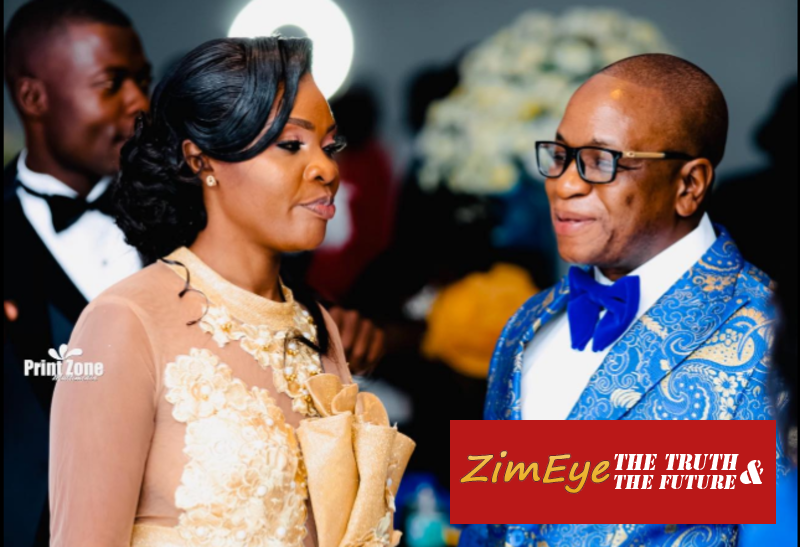 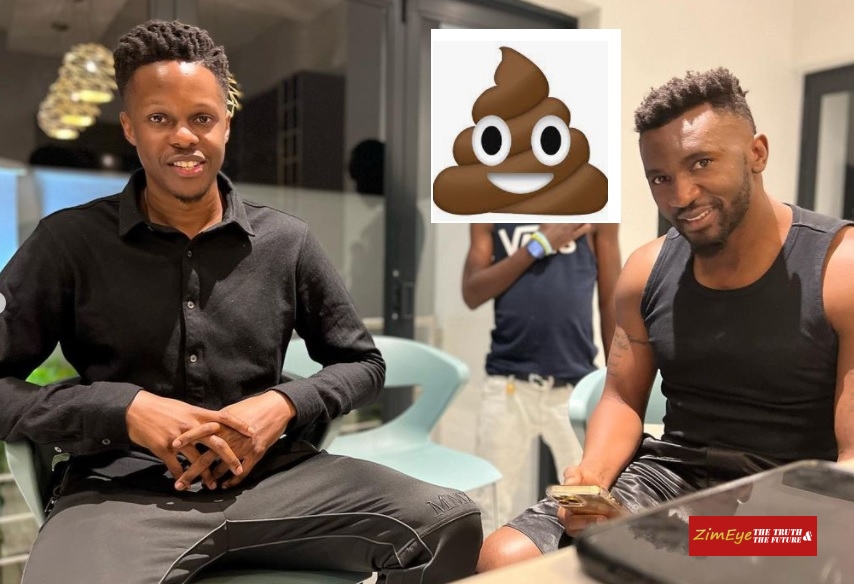 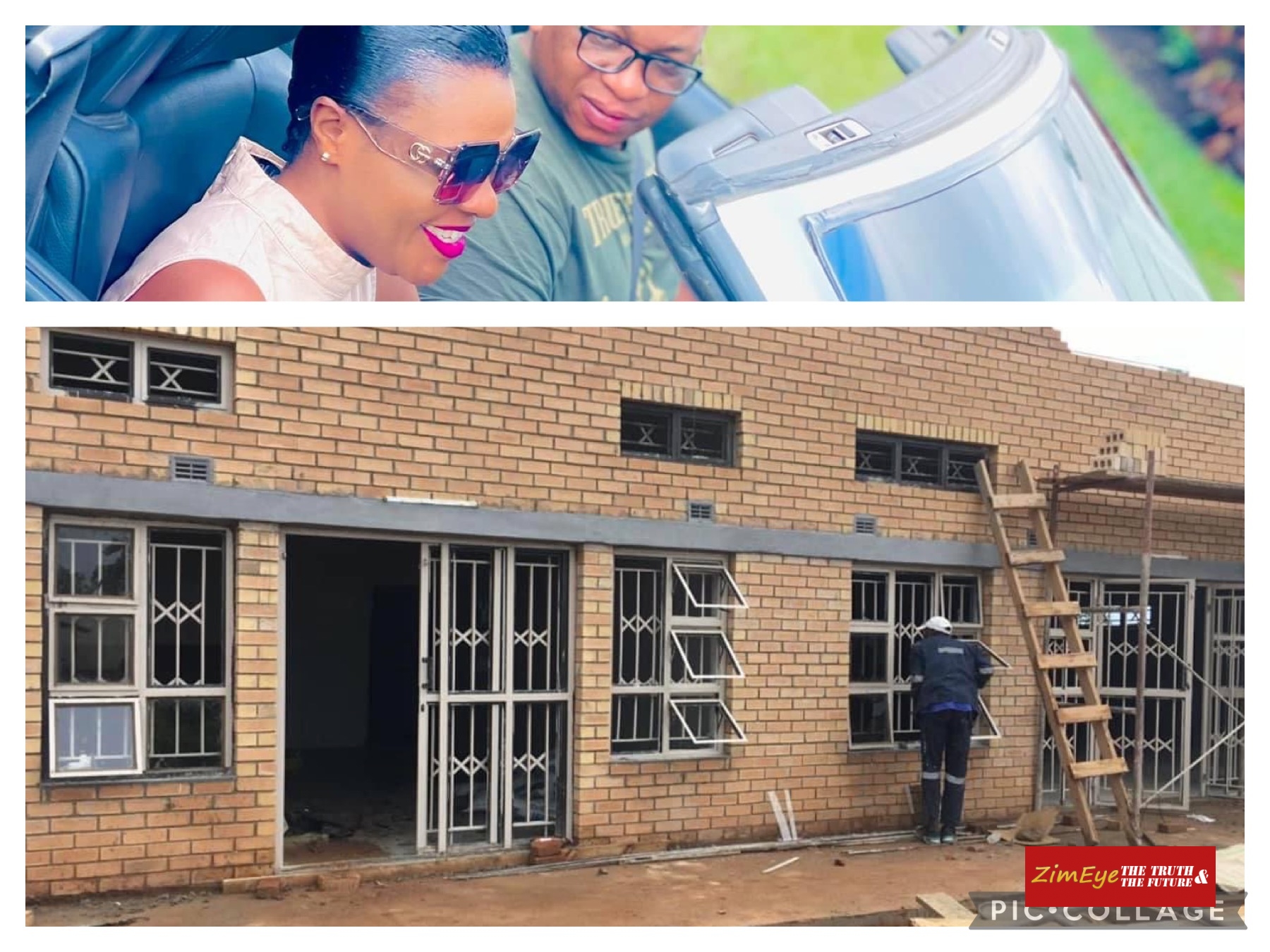 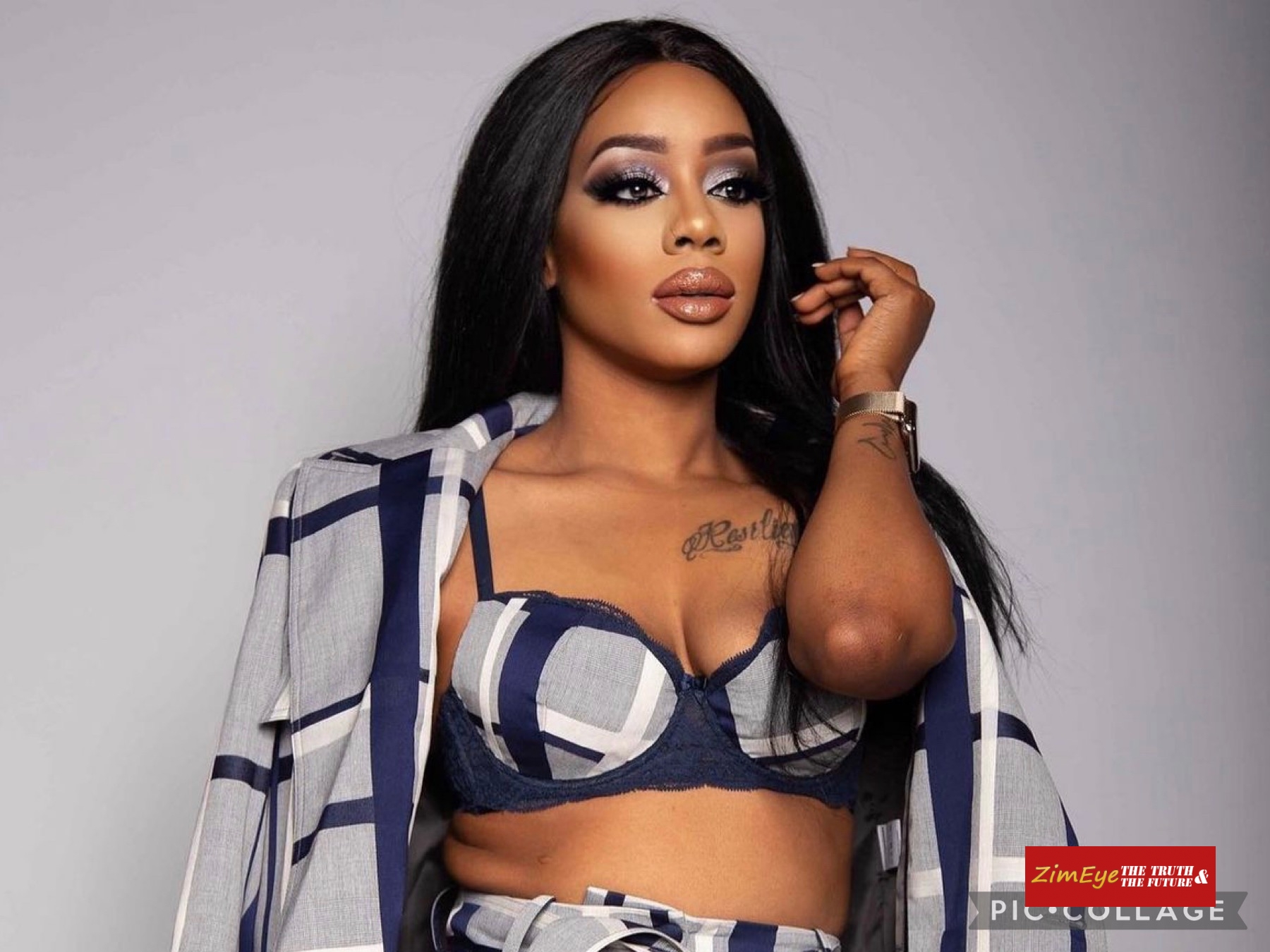