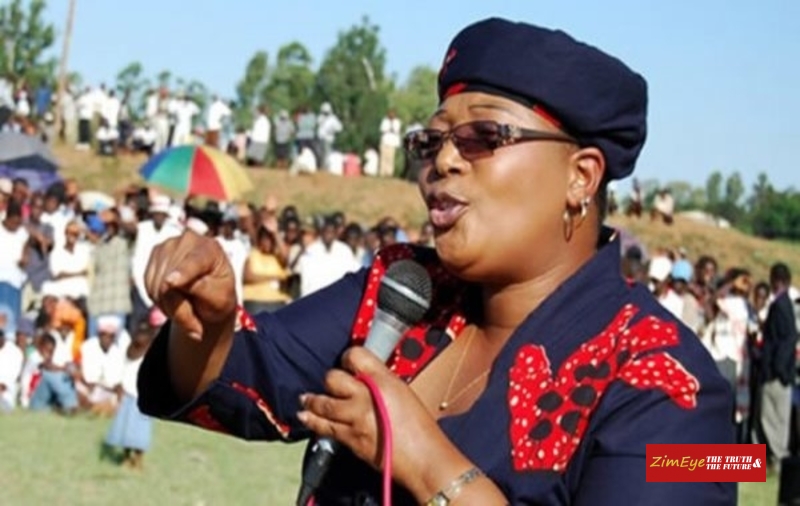 Thokozani Khupe’s opposition power grab was complete on Wednesday after she was sworn-in as an MP, along with a coterie of her supporters who were defeated in elections in 2018.

The MDC-T leader paved her way back into Parliament after forcing the expulsion of over two dozen MDC Alliance lawmakers, citing a controversial Supreme Court judgement delivered in March which she said made her the automatic leader of over 100 MDC Alliance MPs and senators and hundreds of councillors.

Khupe stood in elections in 2018 as a presidential candidate for the MDC-T, but her 45,000 votes trailed MDC Alliance leader Nelson Chamisa’s 2.15 million and President Emmerson Mnangagwa who was declared winner with 2.45 million votes.

Chamisa’s MDC Alliance won 88 seats in the National Assembly and 25 in the Senate, while Khupe gained one in each house through proportional representation.

The Supreme Court ruled in March that Khupe was unlawfully elbowed out from leading the MDC-T party on an interim basis leading to an extraordinary congress to elect new leadership after founding leader Morgan Tsvangirai died in February 2018.

The appointments of Chamisa and Elias Mudzuri as co-vice president by Tsvangirai in 2016, two years after an MDC-T congress, had been done in breach of the party constitution, the judges ruled.

The MDC Alliance accuses Khupe of working with the ruling Zanu PF party and pliant judges to seek to destroy the main opposition.

“The swearing in of Thokozani Khupe completes Emmerson Mnangagwa’s capture of all the arms of the State and the so-called official opposition in Zimbabwe,” MDC Alliance secretary general Charlton Hwende said.

“It’s a sad day for democracy and the end of a people’s parliament. At this point we must seriously now consider our options.”

The MDC Alliance is determined to contest some of its lost seats, but the government last week banned by-elections, a move which the MDC Alliance said was unconstitutional.