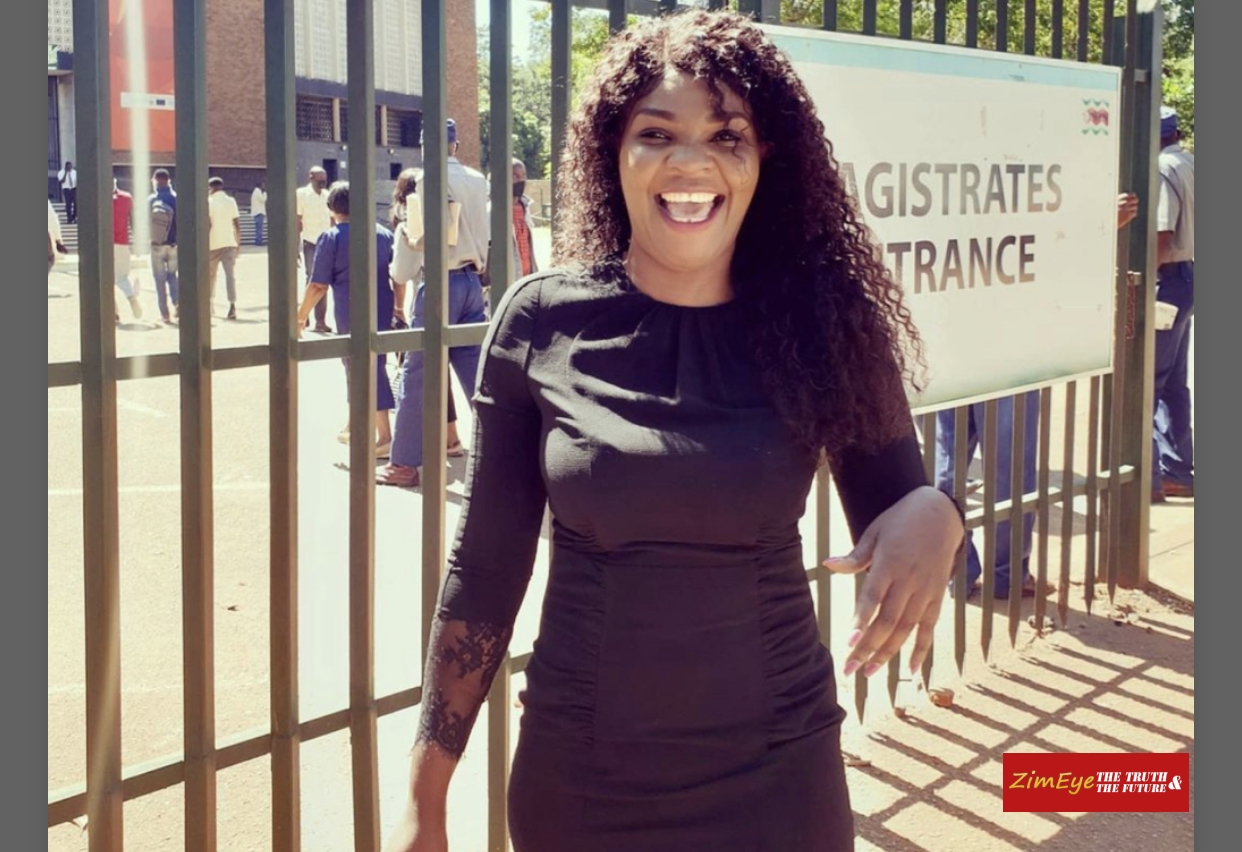 The danger about voice notes are that they leave footprints (I.e the phone number they are sent from

“if she denies the voice then she has to explain who was using her phone at that particular instance…” – legal expert on torture crimes, Kennedy Masiye.

The Comedian Mai Titi (Felistas Murata) who was yesterday arrested yesterday at Marlborough Police station over hiring assailants to assault an events businesswoman, had a temporary moment of relief which she took to shoot a live video smiling while outside the Harare Magistrates Court.

The case was referred back to the police for further forensics after the three men she was arrested with changed statements at the last minute. Yesterday one of the men was filmed confessing that he was truly hired on the 5th November with two others by the comedian, but early Monday morning he changed statements.

Forensics will now determine which direction the case goes.

The first of the self confessed hirings, is Mr Desire Hendeni, who is together with two others only identified as Joshua, and Brincely.

Soon after the denials, Mai Titi whose Facebook account was somewhat taken down soon after the arrest yesterday, quickly went on camera from her Instagram account, where she appeared totally unconcerned about the case.

In the recorded audios, a voice fitting Mai Titi’s communication is heard plotting her attack for Mapalo Gardens, which is at 22 Lower Hampden Road, Marlborough, Harare.

The conversation with the alleged assassin is as follows:

Agent: there is no way that they will see me, it won’t happen, they will never see me. Don’t fear a thing, rely on me, don’t fear anything.

Mai Titi: Alright, if you can do it in the morning, it’s bho zvekuti, you can then come to the airport to meet me, and I will sort you out, because this person is getting too inflated too much. They are now too inflated.

Mai Titi: But I don’t want them to see you, if they see you they will become alert.

Agent: Are you now doubting me these days? We are literally there right now where … Isn’t it the place is called Mapalo Gardens? This is where I m standing right now. But this person will be electrocuted tomorrow morning. Wait, let me do my logistics. let me do my logistics, but this person is being electrocuted in the morning. For now we are just doing negotiations. for now we shall just be negotiating, but when we get to the morning, that is when we will finish this person. But you must rely on me, you must trust me.

Mai Titi: But if there is nothing you’ve done, it helps nothing. At the offices, they just do their thing, they don’t have offices. They are at their house where they do their events. So now, how will they be caught? Will you be able to do the catch? Is there any more hope? Is there any hope? I don’t think there’s any hope? Because if there is an excuse maybe by now they are now aware. You see? I will give you fuel money no problem, because I was always landing tomorrow, I am landing but I don’t know if this hit job will work.