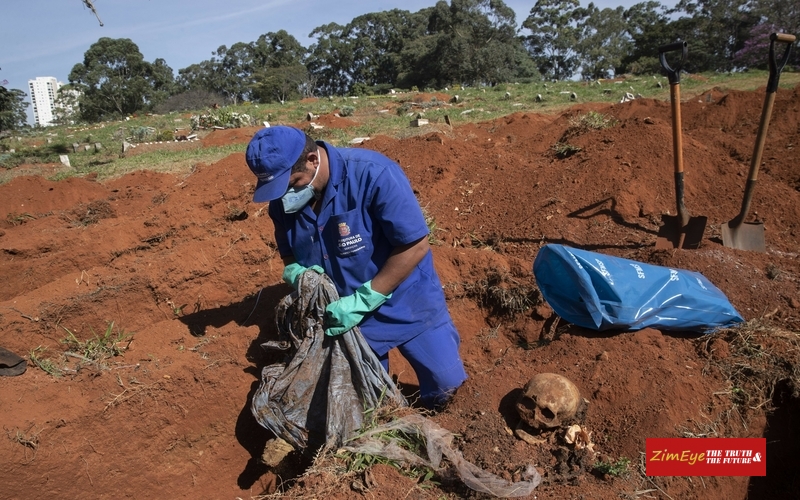 In a suspected case of witchcraft, three men, one of them wearing a police anti-riot uniform, recently visited a cemetery and dug three old graves.

The incident happened at Katambe village in Dinde under Chief Nekatambe area just outside Hwange town a fortnight ago.

New Zimbabwe reports that the motive by the three who are yet to be identified or arrested is not yet known.

Police investigators found that a grave of a woman who died in 2012 had a one-meter-deep hole while two others had been dug as well on the side of the head suggesting the suspects may have been stealing coffins or anything related to the deceased.

It is alleged that on the 26th of March Vumani Nkosana of Katambe village got information from a neighbor that her mother’s grave had been tampered with and she reported a case of violation of graves to the police.

The police observed that the complainant’s mother Thobe Dube’s grave had a hole about one meter deep and 1,2 meters wide. Dube was buried in 2012.

There were two other graves for Hwanani Sibanda and another only identified as Ngwenya who were buried before 2012 and their graves were also dug on the head side of the tombstone.

It is further alleged that there is suspicion of witchcraft and some rituals being performed using the dead at Dinde cemetery. The matter was reported last week Monday after a villager who saw the three suspects at the graveyard alerted Nkosana.

Police said a neighbor (name supplied) reported that on March 22, he saw three males one of them wearing a police uniform in anti-riot uniform and one of them was carrying a hoe.

The villager approached the trio to find what was happening and they told him that they were police officers investigating a case.

The villager left and upon checking the following day, he found that three graves had been dug.