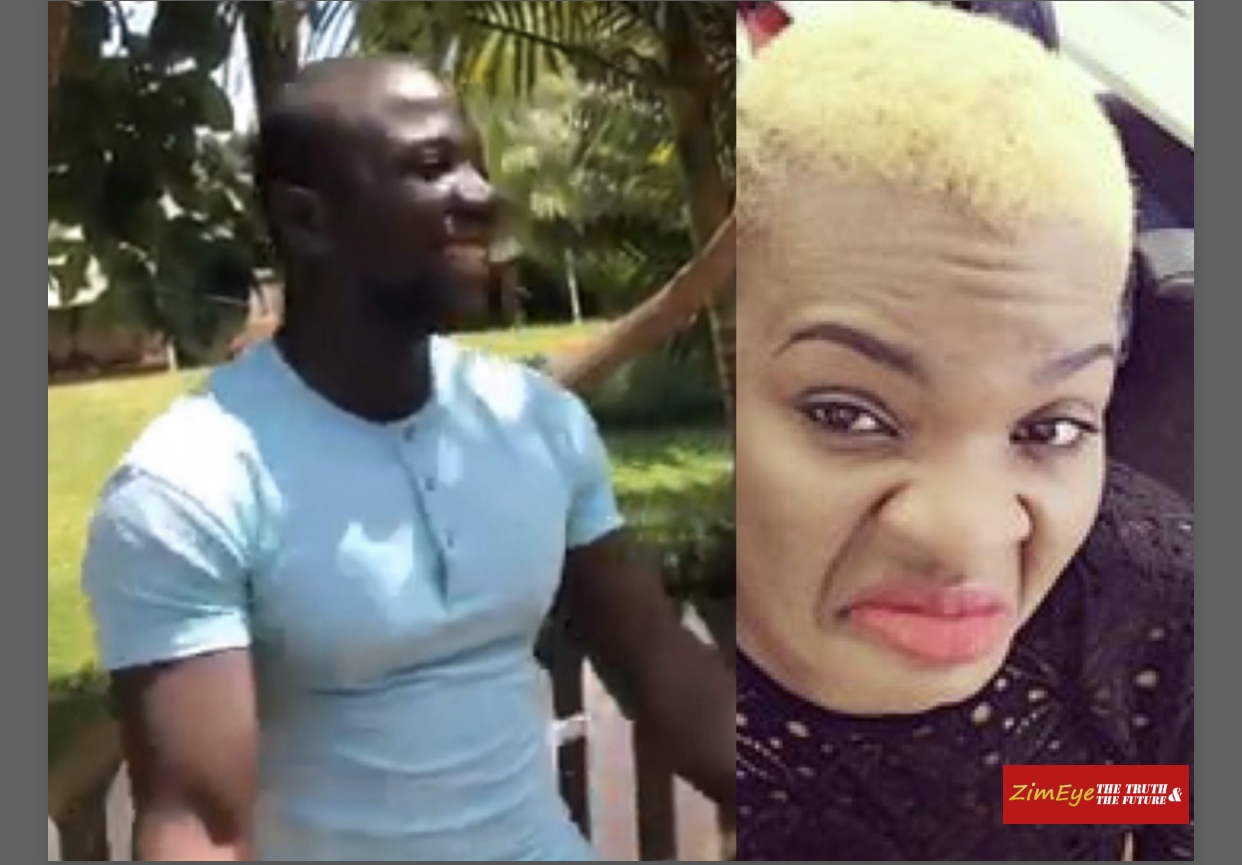 One of the thugs hired by Mai TT is breaking his silence and telling his side of the story of what happened and what the plan was to beat up Kristle Smasher. Mai TT is reported to of been arrsted for her skim and is currently locked up. She has deactivated her facebook page watc hthe video below at the hired thugs tells his side of the story

CONTROVERSIAL comedienne Felistas Murata also known as Mai TT was given a stern warning by the court on Wednesday over posting the contents of  her case with former friend Kristle Smasher.

Presiding magistrate Sharon Rakafa sternly warned the two estranged friends from posting the merits of the case on social media after Kristle’s lawyer made a complaint that Murata was discussing the issue on her Facebook Page which has over 500 000 followers.

Murata was asked to clarify the position and she told the court that she did so in retaliation to what her rival had been posting on social media.

“This fraudster has been paying bloggers to talk about the issue on social media, talking about my family and personal life details only she had access to as she was my friend.

“She is a scammer and fraudster so people are definitely talking about her so can’t blame me for that, I only posted once yesterday about the issue after I had noticed that it is getting out of hand, all the people whom she owes are out there waiting for her,” she said.

Faced with circumstances, magistrate Rakafa said although no proof had been tendered with regards to the subjudice alleged, she was going to warn the two from posting any material regarding the matter that is pending before her.

Allegations are that on September 28 at around 0600hrs, Murata was not feeling well when her personal assistant Morepower Masimba Gombe phoned Smasher to go to Murata’s house and ferry her to the hospital.

The court heard that on the same day later that morning, Smasher took Murata to a local hospital where she was treated and proceeded to the bank where Murata intended to withdraw some money.

Murata reportedly withdrew US$6000 then Smasher drove her back home so that she could rest and when they got to the house, Smasher, Gombe and Patricia Jeke were sent by Murata to go to Mt Hampden Children’s Home to donate chickens.

On their way along Lomagundi Road, Smasher reportedly told Gombe that he was just Mai TT’s puppet and was just being used for nothing as Murata was a moving grave who could die any moment and added that if he was clever he would take all the money and use a pillow to suffocate her to die in her sleep, the court heard.

Jeke reportedly then asked why Smasher had all that hatred since she was regarded to be a close friend and she said she uses people for nothing and when Gombe and Jeke returned home, they advised Murata of what had been said by Smasher prompting her to file a police report leading to her arrest.

The matter was remanded to November 10 for trial commencement.

Strike Matongera appeared for the State.