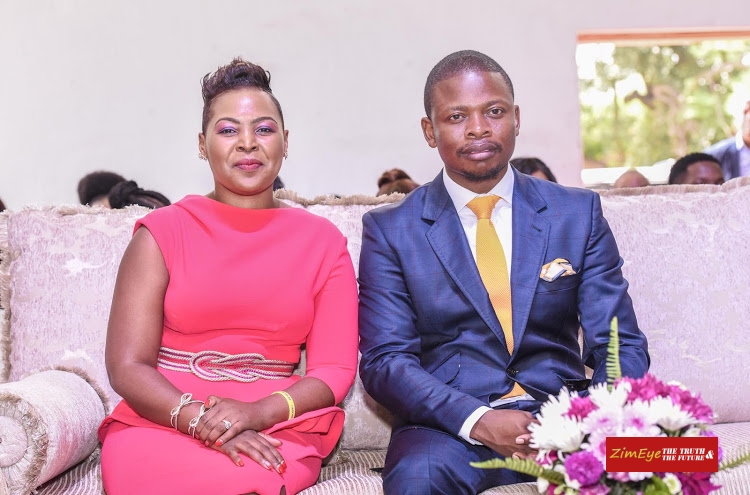 Self-proclaimed Prophet Shepherd Bushiri and his wife, Mary, are among four people - both couples - who have been arrested by the Hawks over allegations of money laundering amounting to R102 million.

The flashy pastor has been in the Hawks’ crosshairs for some time now, having appeared in court last week on another money laundering case.

Bushiri has been dogged by scandal and scrutiny since launching a prosperity charismatic church called the Enlightened Christian Gathering.
This is the second arrest of the couple by the Hawks in as many months, with the current preceded by a February 2019 action over a suspected R15 million money-laundering scheme.

In a statement, the Hawks explain that Bushiri handed himself over at a Pretoria police station after trying to evade the authorities, while his wife was arrested at their Sandton home.

The Hawks' Colonel Katlego Mogale: "Four suspects including a pastor aged between 25 and 39 were arrested for alleged involvement in fraud and money laundering worth R102 million."

The Hawks added that its serious organised crime investigation team arrested the first couple, Willah Mudolo and Zethu Mudolo, at OR Tambo International Airport on Saturday.

They have already appeared before the Pretoria Magistrates Court where their case was postponed to the end of the month for a bail hearing.
Self-proclaimed prophet Shepherd Bushiri handed himself over to the Hawks following the arrest of his wife on Tuesday morning, the Enlightened Christian Gathering (ECG) revealed in a statement on ECG News Online.

"We are told the prophet is on his way to the Hawks office to hand himself over. He believes in the justice system of the country and he will abide by all the law compels, until all this war is done," the statement reads.

According to the church, which is led by Bushiri, the "prophet" and his wife, Mary Bushiri, were due to meet with the Hawks at 11:00 on Tuesday, but the Hawks allegedly arrested his wife at their home prior to the "appointment".

"The Hawks informed lawyers of our leaders, Prophet Shepherd Bushiri and Prophetess Mary Bushiri, late Monday afternoon that they (Hawks) are requesting the couple to go to their office by 11:00, accompanied by their lawyers, to discuss an issue concerning a certain investment.

The ECG church leader and his wife are set to go on trial in another fraud and money laundering case in May of 2021.
The Directorate for Priority Crime Investigation (Hawks) released a statement on Tuesday afternoon, saying it had arrested four suspects. This included a pastor, aged between 25 and 39, for alleged involvement in fraud and money laundering worth R102 million.

The first couple was arrested on Saturday: Willah Mudolo and Zethu Mudolo have since appeared in the Pretoria Magistrate's Court.

Their case was postponed to 30 October for a formal bail application.

The Hawks did not reveal the identities of the remaining suspects.

"On Tuesday, the team made a further arrest of another couple allegedly involved in the same case. The woman (39) was arrested at her home and her husband (37), after trying to evade the team, handed himself over at Silverton police station with an entourage of attorneys," spokesperson Colonel Katlego Mogale said.

The pair will appear in the Pretoria Magistrate's Court soon.