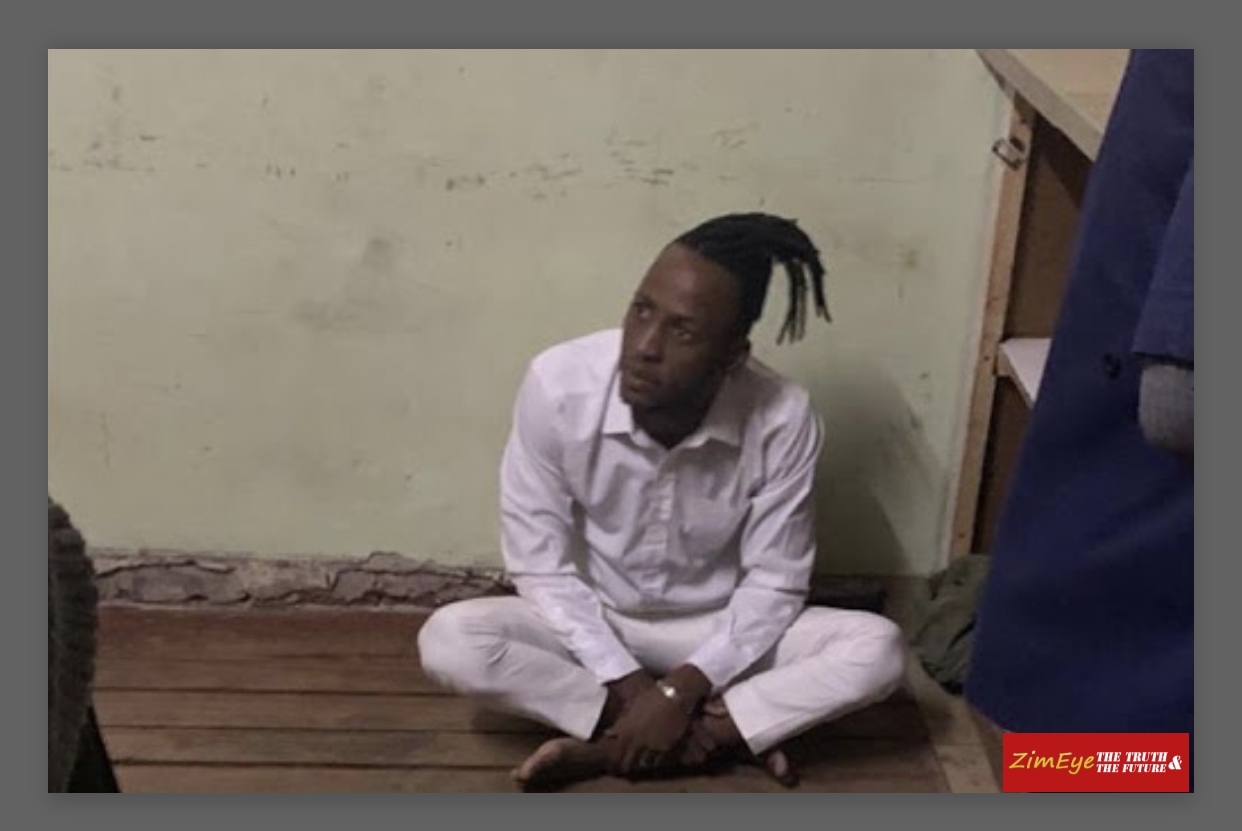 Forex trading scammer Taona Chipunza aka Teemak is back at his old ways . After scamming innocent investors of over $350k and refusing to pay them. Teemak  has created a new forex trading telegram Group and now calling him self Oswald Great .

Teemak has proven to be a pathological scammer who needs medical help. His Father Bishop Chipunza and sister Namatai helped cover up his last scam and lied to innocent victims. People need to be aware that they will lose thier money if dealing with this scammer Taona Chipunza.

Below are message Teemak has been sending to new investors and new victims.

A youthful Zimbabwean man, who always dresses in white attire to signify his supposed wealth, has courted trouble after allegedly duping scores of Zimbabweans living locally and abroad through an investment scam.

24-year-old Taona Oswald Chipunza – better known as Teemak in music circles –duped unsuspecting investors that include cabinet ministers, high net worth earners, church leaders and ordinary folk alike. Chipunza is said to have assured his alleged victims, dotted around the globe, of massive financial windfall on their investment. However, the scheme, with all the marks of serious foreign exchange fraud, collapsed spectacularly at the end of June.

Those based in the United States, Germany, Malaysia, United Arab Emirates, South Africa and China say they have lodged police reports in their various jurisdictions, desperately hoping to draw the attention of Interpol.

“We need to stop this boy before he strikes again,” one disgruntled client said by telephone from the US. Chipunza, though, insists that his hedge-fund, as well as the investment vehicles he runs, are above board.

However, what has left the investors shaken is that a quick search revealed that the entities are not registered with state regulators, and have no legitimate earnings.

In his defence, Chipunza says the money owed to individuals had not been paid at the initially promised date of July 31 as he was behind on trading targets

“This project has successfully paid out over US$50,000 since its inception, it is unfortunate that we ran into some challenges which have taken longer than we anticipated to resolve,” Chipunza told the irate victims, who have formed a telegram group in an effort to find a solution. Chipunza told them: “There’s a lot going on behind the scenes and all I ask is your cooperation so we make this work for all. Certainly all will be paid.”

His victims’ say, contrary to the US$50,000 claim no cent has been made in pay-outs. One Rumbidzai Mhizha, who is said to to have collected investments for the failed scheme, told Zim Morning Post that she had also been duped.

“First of it was not a Ponzi scheme because trading actually happened and the accounts are there to show that. This was a project that completely went wrong,” said Mhizha.

“My job was only to process bit coin transactions in and out of the system. The money that was collected was to keep on trying to make this particular project work and it didn’t collapse. Maybe it collapsed end of June. The organization is not mine, it’s Teemak’s.

“The only difference between me and all the other investors is that I chose to help with everything I had and all I could to make this work and I’m still trying to do what I can to help pay back. Currently there are no investments being collected,” she said. “When this programme started, we all thought kuti (that) TC had money, my role was to receive money and convert it to bit coin. I was under the impression that he had the money, because prior to the project being started we had processed payments worth thousands for him.

“Things just changed after June when communication became difficult and people in the project needed to be paid and there was no feedback from TC. So I even took it upon myself to pay clients out of my own personal funds in hope that he would step up eventually and send me the money he had traded to send back to the people, which clearly didn’t happen.”

A Germany-based victim identified as Gamu said dozens of Zimbabweans swindled off their hard-earned cash would continue to pile on the pressure until they receive their initial deposits.

Back in May, Chipunza who recently defrauded a car sale in Harare, started a telegram channel that focused on educating viewers on foreign currency trading.

It is alleged that he promptly used the channel to introduce Ponzi schemes that promised high rates of return with little risk to investors.

“After end of July he just became evasive. He mooted his telegram groups. After two weeks he made an apology and said he would give us our money but no money came. He gave us a document to sign that contract was breached again,” said Gamu.

Chipunza told state media in January that he was an honest businessman who became a millionaire in US dollar terms early in his life after starting off in sales for a UK investment company, before leaving to launch Maximus Capital. Elsewhere, Chipunza is known in entertainment circles for “signing” hit-making Zimdancehall singer, Enzo Ishall, under his Teemak Promotions label, vowing to “expertly manage each area of his career.”
“I’m not new to the music industry, I have been doing events for the past seven years – since I was 16. I did events with Winky D, Killer T, Stunner, Jah Signal, Trevor Dongo and Enzo Ishall himself. All of these events were done in Cyprus and I was the financier of the events,” claimed Chipunza.

However, aggrieved investors who simply want to be paid back their money say there is nothing righteous about his alleged wealth.