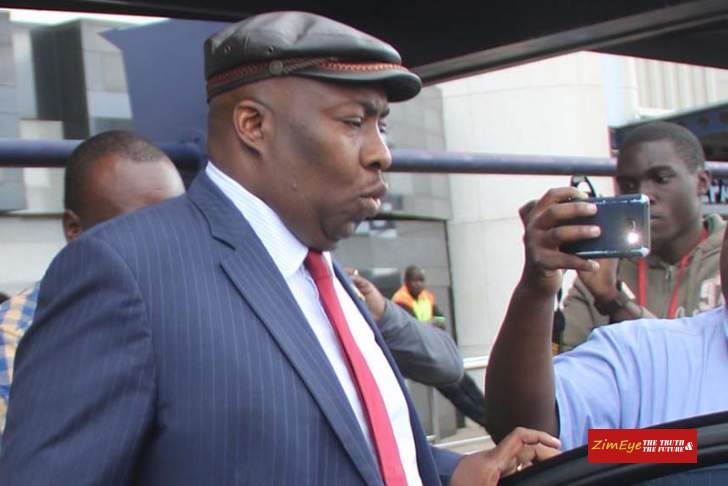 Zimbabwe wants South Africa to extradite former Local Government Minister Saviour Kasukuwere to the neighboring nation over allegations that he allocated land to a sister of the former First Lady Grace Mugabe and also engaged in some improper tender procedures.

According to the state-controlled Herald newspaper, in making the request, a government official identified as Nelson Mutsonziwa informed the South Africans that Kasukuwere’s extradition is not politically motivated.

The newspaper reports that Kasukuwere allegedly allocated pieces of land in Harare to Shuvai Gumbochuma, which was initially supposed to be sold to some companies, one of them a Chinese entity.

Kasukuwere, who fled the country soon after the late former president Robert Mugabe was toppled in a defacto military coup and briefly returned home to face charges of abuse of office, is also accused of offering a local company state financial services under the country’s indigenization program without following proper channels.

The former Zanu PF youth guru, who allegedly belonged to a ruling party faction opposed to President Emmerson Mnangagwa’s elevation to the presidency before Mugabe was toppled, was unavailable for comment as he was not responding to calls on his mobile phone.

In a recent interview with VOA Studio 7, Kasukuwere said he was not “afraid of Mnangagwa at all and so he can say what he wants.” He was reacting to the president’s remarks linking him to efforts being allegedly made by some people, including Kasukuwere’s so-called Generation 40, to unseat the president.

Zimbabwe has also made similar requests for the extradition of Kasukuwere’s Generation 40 colleagues - Professor Jonathan Moyo and Walter Mzembi - who are accused of allegedly abusing their offices by engaging in some activities, which include the theft of state funds. Professor Moyo is believed to be in Kenya while Mzembi’s whereabouts are unknown though reports say he may be in South Africa.