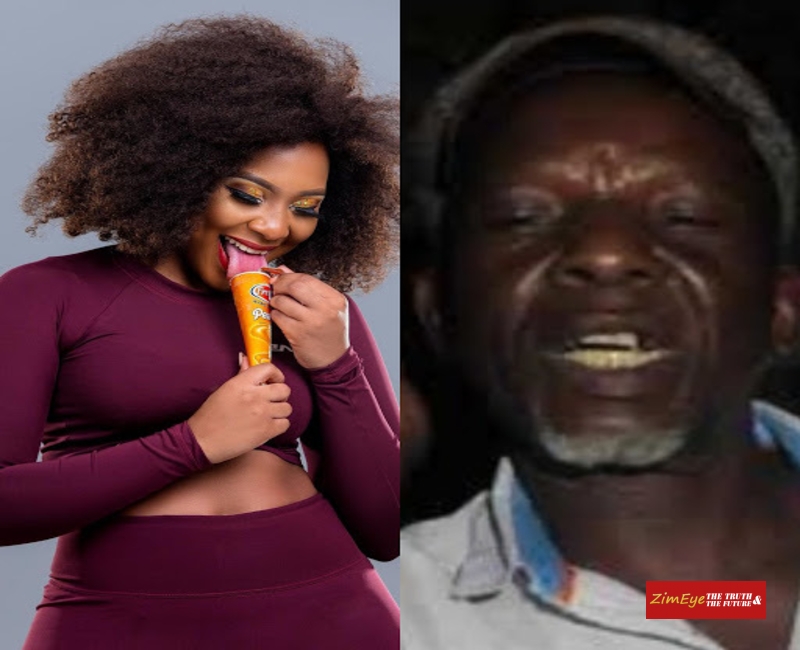 Ishmael Amuli has declared his daughter Moana will be buried according to his Muslim religion and not the way his mother wants. Ishmael Amuli who has been all over social media posted a video a a Muslin funeral planners office while making arrangements for her burial. watc hthe video below.

Related Story
SOCIALITE Mitchelle Amuli, affectionately known as Mimi Moana, will be buried the Muslim way, her father declared yesterday, despite the chaos, family feud and drama that characterised her funeral wake.

A church service which was scheduled for yesterday afternoon had to be cancelled as her father Mr Ishmael Amuli stood his ground.

Moana (26) is expected to be buried at Zororo Cemetery along Seke Road this afternoon. Her funeral service was supposed to be conducted at Doves funeral parlour in Harare yesterday following successful DNA identification.

It took about three hours for the family to agree on burial arrangements, but it was Mr Amuli’s decision that prevailed.

As the family heckled, a chain of events played out throughout the day where people gathered to witness the funeral procession.

Bikers who were parked outside the parlour to escort the hearse caused a stir as people jostled for photo opportunities.

Prophet Passion Java who had come for the funeral service took time to meet his fans who sought to catch a glimpse of him. He later ignited a scramble as people jostled to lay their hands on US$20 notes that he was dishing out.

He later left after noticing that there was no service to be conducted.

“I am Muslim and my daughter should be buried as per our tradition. Her body should not lie in state in Highfield as they wanted,” he said angrily as he was whisked away to the car, with his cousins and nephews shielding him from the media.

Moana’s uncle from the mother’s side, Austin Chimedza said the burial will be at Zororo Cemetery.
“We are now at peace with the father and other members, and a lot has been said on social media, but people should respect the family’s privacy.

“We will collect her body from Doves and the burial will be at Zororo. We are satisfied with the DNA test results.

At the parlour, a church service that was planned for yesterday with the decor already in place had to be cancelled.

A vendor, Tinevimbo Majuru (28), who was selling cigarettes and airtime near the parlour said the drama started at noon when both families arrived but seemed not to be in agreement.

“I think they should let their daughter rest in peace. Moana’s aunt was shouting at the top of her voice stating that the funeral service will not to be conducted today because there are some issues that had to be discussed. It is just a display of power,” said Majuru.

A close source said Moana’s funeral policy with Doves was in arrears.

“Despite all the noise and hullabaloo, there is no money for the casket they had picked. I heard them talking to our bosses that a top-up of US$200 was needed for them to acquire the casket.

“We had done the decorations at the services but there was an outstanding balance on the casket. People should not spread falsehoods,” said the source who spoke on condition of anonymity.

A 17-year-old street kid only identified as “Mhoze” said he was happy to meet Prophet Passion.

“I got US$20 from Passion. I am not understanding the drama, why can’t the crew from Highfield respect Amuli’s wish? Mwana ndewekwababa, not zvavarikuda kuita zvechislay queen ichi.

“Anyway, I want to see her coffin kuti rakatengwa nevekwaGinimbi here,” he said.
In an interview, Doves Holdings group public relations manager Innocent Tshuma said due to some disagreements, the programme had to be postponed to today.

“We met with both parties and agreed that we will conduct the service at the parlour. As Doves we have the capacity to bury anyone despite the religious affiliation, henceforth we are prepared to take the route of the Muslim tradition.

“We only shifted the time to 10am today at the parlour as no one had booked that time slot with us. There is no vigil in Highfield.

“So far the charge they had paid for the service is still valid, it was just a cancellation and we understand, it happens in families.

“If there are extra charges, they will be alerted but what they had booked for is still valid. We are not offering a free service, but they have paid for what they wanted,” he said.