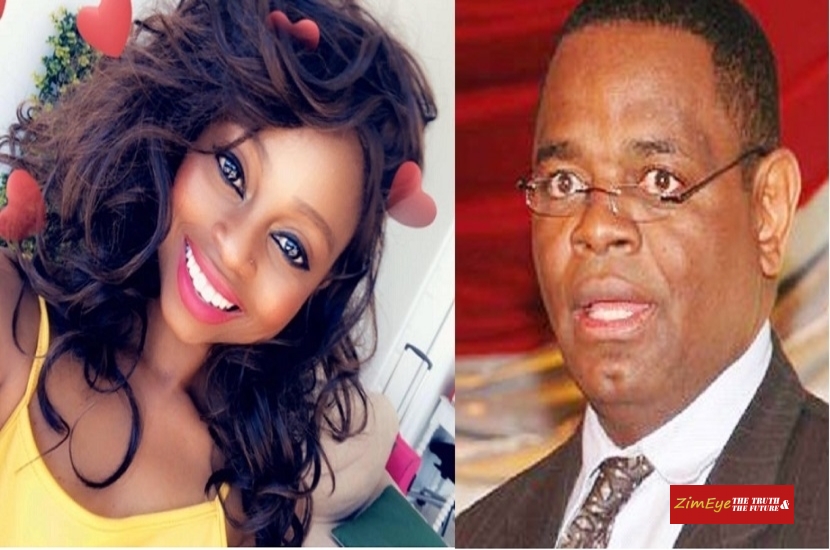 Australian based lawyer Ru Apswoude has come out of her over 1 year silence from leaving Facebook with shocking allegations against Businessman Mutumwa Mawere. We are not sure if there is history between Ru and Mawere but the allegations are shocking. Ru Apwoude accusess Mutumwa Mawere of obsessing over a naked mans photos. Ru Apwoude also hints that she is responcible for making Mukoma Masimba lose his mind. Watch the video below.

THE ROOT OF THE PROBLEM By Ru Apswoude
I’m looking at the youth today of Zimbabwe and I can’t help but notice certain things. We are full of ideas and in actual fact I have never worldwide met any otherAfrican people who are more desperate for change, who want to become better people and who also desperately seek to change the future of our country for the better. This is an amazing generation of young people. Our biggest issue isn’t a lack of ideas it’s that our way of thinking needs a lot of work. Parikutodiwa spanner kuti tigwejenure this backward way of thinking.

Here is the problem I’m having nevanhu and I get frustrated pese pandinoyedza kutsanangurira vanhu kuti zvese zvamuri kufunga zvakanaka chose kasi until we get to change the most important thing we can’t ever make all those ideas work.

WE NEED TO CHANGE HOW WE THINK 🤔

To change our minds will change our lives because our bodies follow the mind. We are stuck in a very archaic and backward way of thinking. How this has happened I don’t even know. Tiri vanhu vekuti once we meet a successful person we bash them so much that they end up going to work or invest their money in other countries. No one needs that headache honestly. People will create fake Facebook accounts, create rumours, say all they can to make sure that those people never want to associate with another Zimbabwean again. Well if we are such an educated generation shouldn’t we want to learn from successful people how they have made it in life instead of commenting on their hairstyle, their looks or even dating life. Oprah Winfrey is worth a billion dollars but she’s never been voted the most beautiful woman in the world. It matters more to people to focus on leaked nudes before the critical news about the economy.
I’m not suggesting that we don’t enjoy our lives or have a life but if the focus MENTALLY is 95 percent on that garbage then how do you expect all the amazing ideas we throw out there to even matter when we have changed the root of the problem which is how we think the consequently how we then act. A GREAT IDEA WONT WORK UNTIL WE CHANGE HOW WE THINK.

I personally mentor young women around the world and I own my Zimbabwean based charity called Masibanda Charity to help educate all children for a better future. Out of the almost young 1000 women I mentor none of them is from Zimbabwe. The few I’ve tried to help make great career decisions have the worst attitude, they know it all and most always ended up pregnant young. One young lady even told me when I said don’t have a baby because your boyfriend wants a baby she was only 18. Her response was that ndiri ngomwa and I’m jealous she’s having a child and I’m not. Ndakangoti he to the zvo. With that kind of thinking that young lady is on the fast road to nowhere. Who raised these kids? I’m not saying University is for everyone but whatever talent you have you need to focus on that. Basically if I say that my great idea is to start a women’s company that makes female products like sanitary pads etc if the men don’t care about their Zimbabwean sisters they will not be listening to my idea because of their chauvinistic way of thinking!!! It’s the way of thinking that is more important for our society right now.
SOLUTION TIME ...

Until we stop thinking that being a talentless musician is better than kurima we are doomed. Whoever sang that dancehall riddim yekuti ndasura here’s the newsflash you could have spent that time doing something productive because tosurawo but we just don’t sing about it.

Until we stop thinking that marriage is an achievement we are doomed - you get married because you’ve found happiness not because the title Mai nhingi makes you worthy in society.

Until we stop even as women focusing attention on who’s going to buy me airtime and less time on studying or focusing on our talents we are doomed.

Until we start thinking that I can’t have a baby when I don’t have $1 to my name we are doomed. Zvekuti mwana anochengetwa naMwari muchisimbisana stop that NONSENSE!

Until we stop thinking that if a man has a great job or a nice car I should get pregnant straight away we are in trouble.

Until we start learning the constitution and educating ourselves on how our country works we are doomed.

Until we stop thinking taking nudes and making sex tapes makes you popular we are doomed. We need to aim to be popular for the right reasons.

Until we stop giving our savings to papa or worship these fake religious leaders we are doomed.

Until we stop thinking of ourselves as either Zanu or MDC we are doomed. Intelligent people do not support everything a party does simply because they hate the other party. People who think will support common sense - simple! No party will be perfect because there is no perfection in life but  if your political party makes bad decisions you need to recognise that also. How different would you be than the mother who’s child shoots and kills 10 children at school and still can