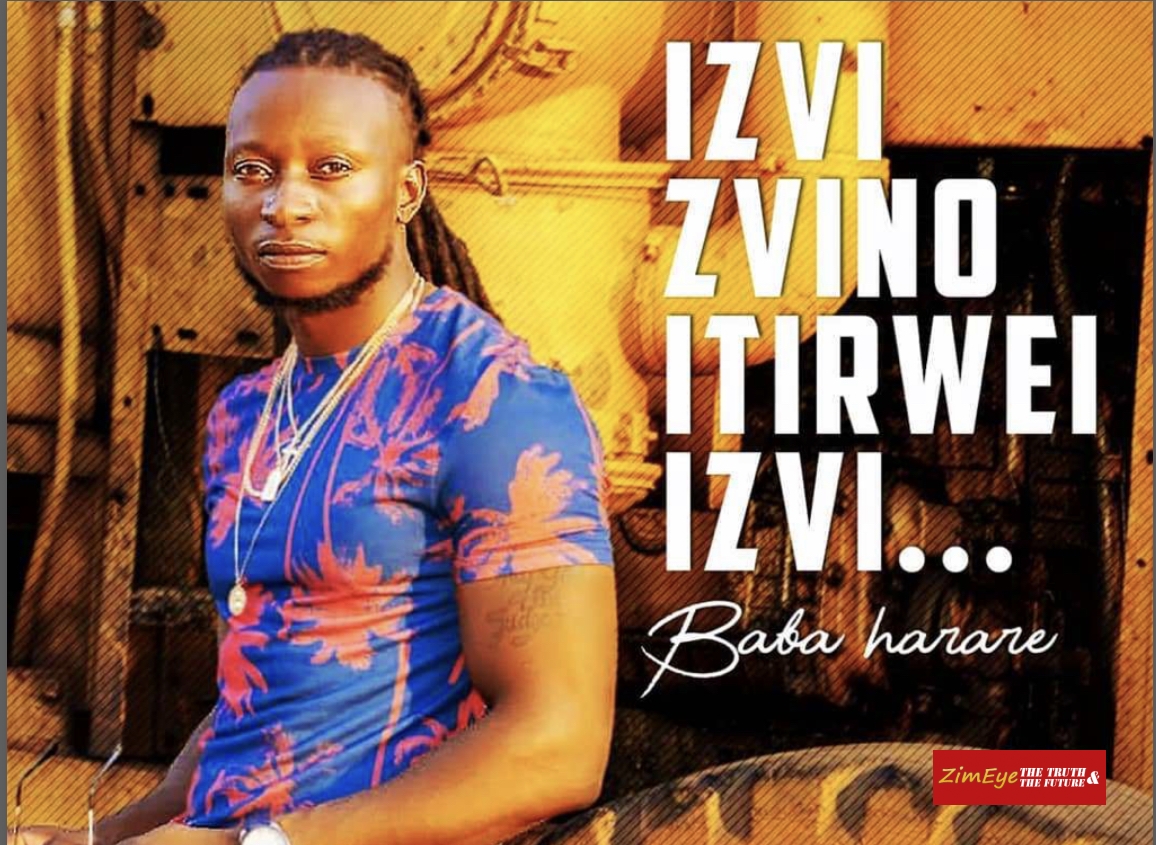 Baba Harare set to release his new project: Lockdown taught me versatility. With most artistes still struggling to make ends meet, the 31-year-old found solace in the studio penning and recording new songs. The City Vibration Band leader will silence unveil his fifth album titled Izvi Zvinomboitrwei Izvi on October 9 which he recorded at Cymplex Studios.

In an interview, Baba Harare said he has learnt to think outside the box on lockdown.  “Most of us were grounded on lockdown but I decided to keep myself busy recording new stuff at Cymplex.

“As has become the norm, I release an album each year and this time around I decided to give fans an early Christmas present in form of this album titled Izvi Zvinomboitirwei Izvi.

“I changed the producer in search of new sound and this as always been my wish,” he said. Asked why he roped consistent rapper Ti-Gonzi, he said: “I have always wanted to collaborate with artistes from other genres and Ti-Gonzi is one of them.

“We all know how talented Ti Gonzi  is and have a collabo with him is every artiste who understands music’s wish. “I penned the song Mucherechedzo and he added his verses of the song to come up with something unique.

“I will continue working with artistes from other genres and this is what is needed for the growth of the music industry,” he said. Added Baba Harare: “I have since started working on the visuals of the album and we are likely to release two videos on October 9 so that we complement the audios.

“I have also learn to invest in videos as well but I won’t dump jiti as speculated by many. “I have included a n@ughty song on the album and it is my wish that fans will embrace it and its video.

Music is my life and I will continue working hard till we achieve what we want.” Besides his forth-coming album Uzvi Zvinomboitirwei Izvi, Baba Harare went solo in 2017 when he released his debut album Chikwama Changu.

It was released shortly after he parted way with Jah Prayzah who also blessed his journey. However, the debut album did not perform to expectations which saw Baba Harare recording his second titled Minamato Yarasta.

Other albums that make Baba Harare’s discography complete comprise Ramba Wakadzanya recorded in 2018 and Generator last year. Baba Harare who has a bias towards reggae music can best be described as an Afro-fusion artiste even though he prefers calling his music gango.