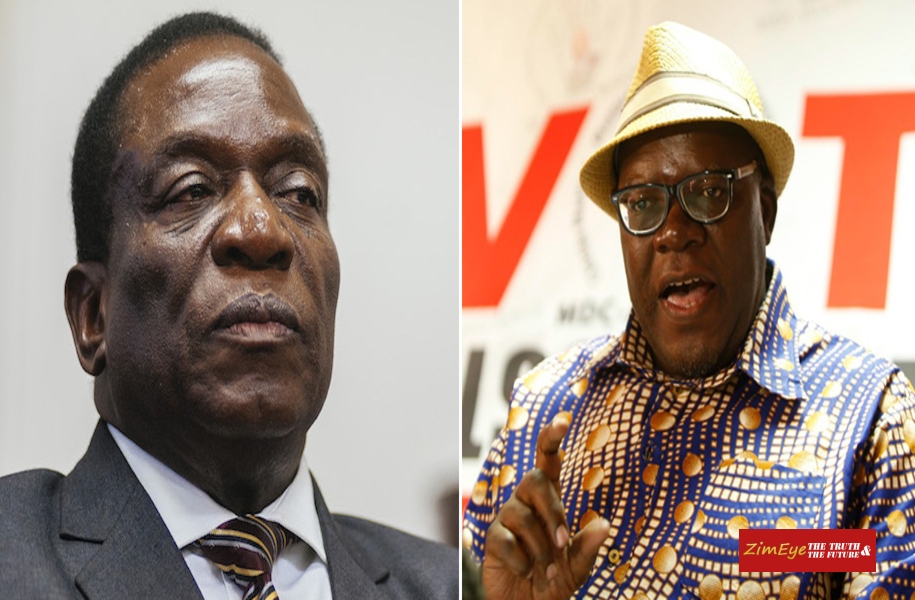 Biti bemoaned massive allegations of corruption levelled against Mnangagwa’s under-fire administration including the Zanu PF leader’s family. Last week, First Lady Auxillia Mnangagwa and her son Collins were implicated in a smuggling scandal after her relative Henrietta Rushwaya was caught trying to smuggle 6.09kgs of gold (worth over US$300 000) to Dubai. Commenting on this and other developments, Biti said; “In 3 years of their existence they have turned Zim into a gluttonous arena of extraction and embarked on a massive feeding frenzy. Whether it’s minerals, procurement, FX, agriculture inputs, drugs, buses the Mnangagwa regime has no restraint nor elasticity. Zim has become mafia state

“One family now has vast interests in gold and chrome mines, buses, banks, an airline, a fuel retail chain, farms, prime retail estate, a mobile phone company and commodity broking entities. The country is literally now a private entity run by a motley of korokozas and other brainless scum

“The latest feeding scheme is the Harare Beitbridge rehabilitation project. Five enabler companies including Tagwireyi’s Fossil Construction without tender nor Bills of Quantities have been awarded contracts paid directly from the Treasury. There is no oversight nor due process
“Truth is by the time this lot is through with Zimbabwe nothing will be left. The theft of the country’s wildlife, flora and fauna is particularly disturbing. Zim s animals are being shipped in their hundreds to China and other places outside the law. We must save Zimbabwe urgently,” Biti wrote on Twitter.

Five months ago, Auxillia Mnangagwa and Collins were again implicated in massive allegations of corruption in which a shadowy company called Drax International was awarded a US $60 million tender without following procurement procedures.

The then Health Minister Obadiah Moyo was later dismissed from his position but only after public pressure following his arrested and being granted ZWL 50 000 bail.