Businessman El Gringo Emotional Message On The Death Of Ginimbi 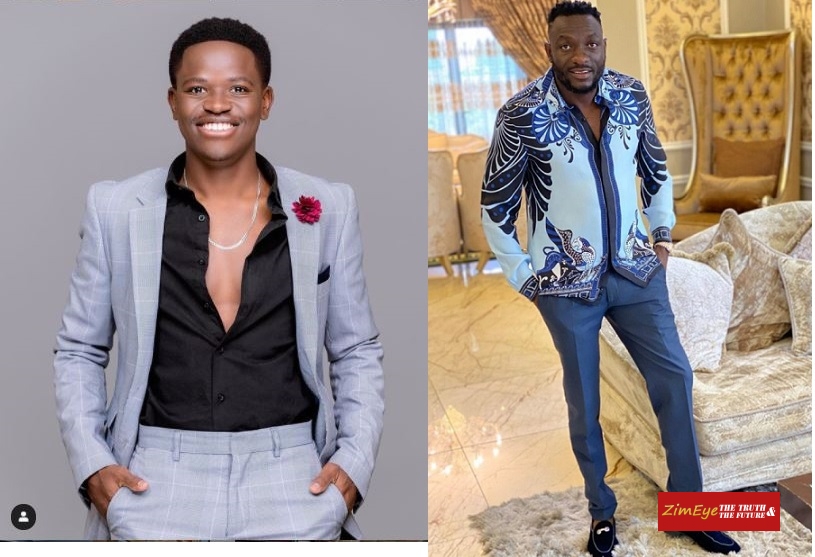 Businessman El Gringo posted a very powerful and emotional message about the death of Ginimbi and Moana. El Gringo was very emotional and blasted Zimbabweans for blasting Ginimbi saying Akaromba and used mushonga to make money. El Gringo posted that Zimbabwean are stupid they posted and praised when Kobe Bryant died but are spreading rumors on the passing of Moana and Ginimbi. Watch the video posted by El Gringo below.

BUSINESSMAN Genius “Ginimbi” Kadungure, who died on the spot along Liberation Legacy Way in Harare, ordinarily known by many as Borrowdale Road, when his speeding Rolls Royce collided head-on with a Honda Fit, veered off the road and hit a tree before catching fire, was with two foreigners who had come for the Saturday night party.
Limumba Karim from Malawi and a Mozambican, who was only iden- tified as Elisha and the birthday girl, Mitchelle “Moana” Umali were burnt beyond recognition after the doors of the Rolls Royce jammed on impact and it took many hours for police and the Fire Brigade to retrieve their remains from the wreckage.

Yesterday, Ginimbi’s sister, Nelia, said her brother was having fun at Dreams Nightclub and had invited his other two friends — Karim and Elisha — to celebrate Moana’s birthday.

I did not meet the two who were involved in an accident with my brother. I only heard him saying he was going to Moana’s party with friends.

“The next thing I get a phone call that my brother was involved in an accident. I am still in shock and it is scary. I arrived at the scene and saw the remains of my brother and his friends. “I am hurt. We were now four in our  family thus, my sister Juliet, myself, Ginimbi and my father Anderson. The funeral wake will be at his Domboshawa home,” she said.
Tinotenda Marimo, popularly known as “Dj Rimo”, who was Ginimbi’s close friend, described the accident as a shock. “It seems mukomana (Ginimbi) was speeding. I am trying to think of how the car exploded and hit the tree. Usually that is his time of going home after partying, the wee hours of Sunday. I am saddened and at a loss for words,” he said.

Ginimbi’s friends, family and other local celebrities and businesspeople gathered at the accident scene as they tried to comprehend what could have happened.

One security guard identified as Martin said that he was patrolling the area when he witnessed the accident.

“I always see Ginimbi at this hour (5am) when I finish work and he will be driving to his Domboshava house. Today he had his Rolls Royce and was speeding as usual. I heard a bang and I rushed to investigate. I saw him trying to open the doors with a view to rescuing his friends.

“He was struggling to breathe and was visibly shaking. Genius was shouting for help. When I arrived, the car exploded. “The fire was scary and we could not do anything to help.
“Some neighbours gathered at the scene of the accident. We unsuccessfully tried to put out the fire using water buckets and tree branches,” he said.

Ginimbi’s manager identified as Shally said she was deeply hurt.

“I feel like hell. I don’t even know which words to even use. Genius Kadungure has been called by God. He is no more. He was in a terrible accident around 5am and he died on the spot with three of his friends in the car, Karim, Elisha and Moana,” she said.

Moana’s father Mr Ishamel Amuli said he last saw his daughter early last year and was distressed and worried about her partying behaviour.

Speaking at the funeral wake in Highfield, Mr Amuli (58) told The Herald that his relationship with Moana went sour in 2017 when she left her husband.

“In 2017, Mitchelle had problems with her husband, who came to drop their child in Domboshava. Mitchelle later came to pick her daughter and I sat down with her, telling her that I wasn’t happy with her behaviour. I heard a lot about my daughter that she had become a party animal and was featuring in several musical videos. I got angry and slapped her twice and she left home for good.

“Last year I saw her, but we never talked much. I am a Muslim and what she was doing was against our religion. Now how do I tell my elders at church and how will she be buried? We are now at her mother’s house in Highfield because I did not fully pay lobola for her mother. I still owe in-laws, but that is a story for another day,” he said.
Mr Amuli said he broke up with Moana’s mother while his daughter was still a toddler.

“I quit my job to look after my children. I had five children and Mitchelle was the second born and only girl. She had a daughter named Tyra. I stay in Domboshava in Chirombo Village. I used to hear some neighbours telling me that my daughter was at Ginimbi’s house. Today, was told that she had a birthday party at a night club in Harare and she died on her way back,” he said.

Mr Amuli broke down during the interview. Moana’s funeral wake is at Number 547 Engineering, Highfield.

Burial arrangements will be announced after post-mortem.

Apart from being video vixen, she was a fitness trainer.