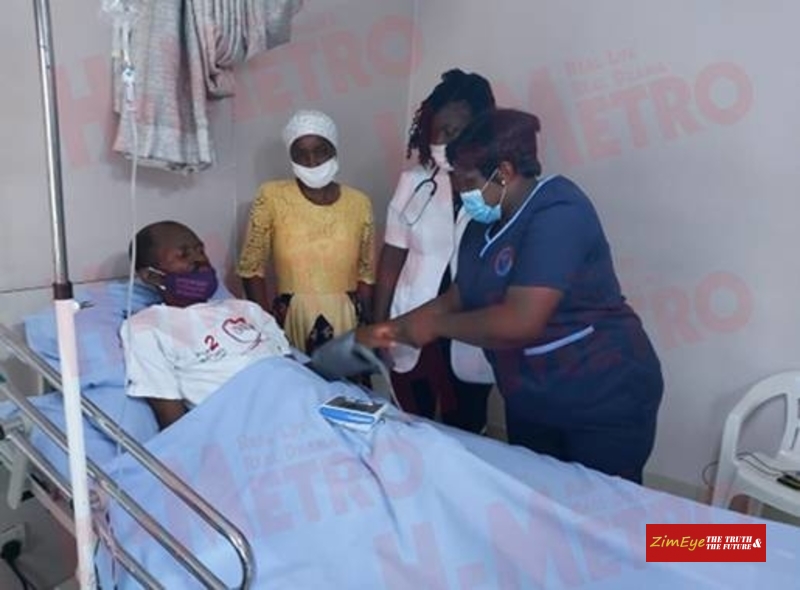 Veteran comedian Lazarus Boora, known by his legion of fans as Gringo has been hospitalized at Westview Clinic Zimre Park. This comes after he was put on life support on Wednesday as his health had deteriorated and he suffered another relapse.

Gringo, who turned 47 last month, is battling vessel or intestine obstruction and experiencing discomfort in sitting, backache coupled with hearing and talking difficulties.

As Gringo’s health worsened, his family appealed for donations from well-wishers this week after they had failed to raise funds for his medication.

The plight of the ailing popular actor and comedian Lazarus “Gringo” Boora touched the hearts of members of the Medical and Dental Private Practitioners of Zimbabwe Association (MDPPZA) who decided to chip in and donate their services and medication to help Gringo.

Speaking during an interview with H-Metro, MDPPZA secretary-general Cletos Masiya revealed that Gringo was admitted at Westview Medical Centre in Ruwa and was being assessed for final diagnosis.

“As an association, we have an arm that specializes in corporate social responsibility (CSR). Right now, Mr. Lazarus Boora is at Westview Medical Centre in Ruwa where he is receiving treatment. He is fairly ill but stable. Unfortunately, he lost quite a bit of time when he was at home as he did not have access to medical care and that complicated his medical condition,” he said.

Gringo has already started to receive treatment at Westview Medical Centre and he is currently stable. Mr. Masiya added that:

“A group of various medical personnel has been attending to him under the banner of the association and I can confirm that he is being attended. He has received some drips, antibiotics, and some pain killers as we are still assessing him to see what the diagnosis will be which will inform the final or on-going management as this is an evolving condition.”

Popular traditional healer Sekuru Banda who was also touched by the Gringo’s appeal also pledged to pay Gringo’s health bills until he was fit.