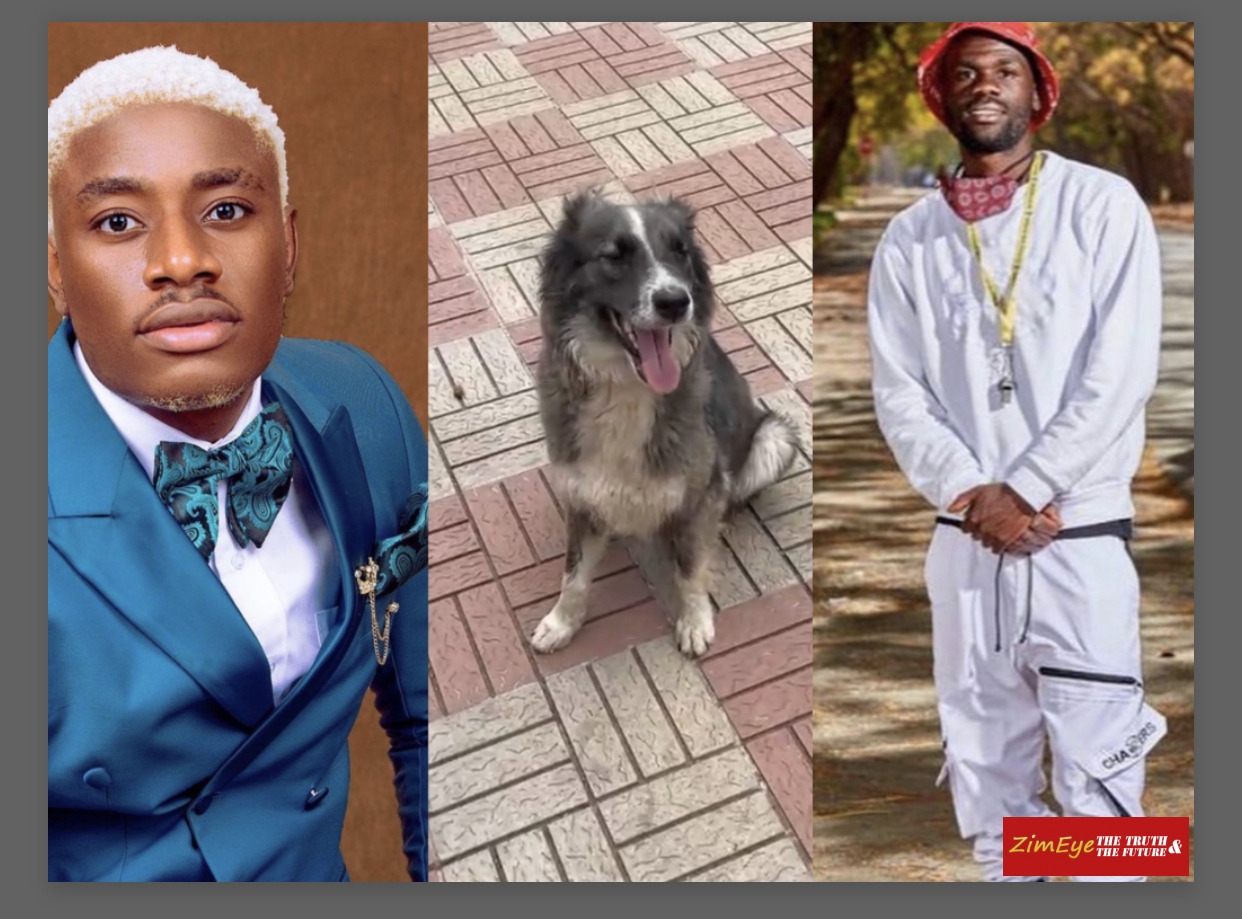 Ever since DJTowers ,Teemak and MrStyllz ended their relationship the wounds have not healed as the trio keeps taking jabs at each other. During the fight between the trio Teemak has been hidding in Sandton South Africa as hundred of Zimbabweans and other people from Europe, Asia and USA are hunting for him after he scammed them of Hundreds of thousands of dollars. In the latest episode of the fight DJTowers posted a video in which he revealed that he named his dog after MrStyllz. DJTowers has been blasting MrStyllz for using his name to get suits and shoes from Jan Jam and never paying for them. Watch the video below.

DJTowers was in a bad mood and took out all his anger on former best friend socialite MrStyllz. DJTowers & MrStyllz have been fighting for the last 4 months and the fight seems to be getting worse with no signs of the two friends reuning. The two ended their friendship after Mrstyllz gossipped about DJTowers to some mystery women, this is according to towers. Watch the video below as DJtowers goes after MrStyllz.

DJ Towers disses Mr Styllz as he says TeeMak is the one who bought him the car he has: Video. The drama never sizes to end for DJ Towers. He is forever being involved in dramas and wars against fellow artists and entertainers.

DJ Towers took to his social media to thank the foreign-based music promoters for buying him a car. The car was bought after towers was asked what he could be offered as a present and he opted to get a car. Speaking to Mr Styllz he said the car had already been purchased and would be delivered to DJ Towers after holidays.

CLUB wheel-spinner DJ Towers has been rewarded with a Toyota Mark X for his good works by Prince Mudzingwa ‘Mr Styllz’ and Taona Chipunza. “Towers has been loyal and supportive to us since day one.

“We thought it was time to return the favour because that guy works hard and he supports almost everyone,” said Mr Styllz. DJ Towers said he has known Mr Styllz since 2016 and they have been good friends ever since. “I became friends with Stllyz in 2016 and Taona a year ago; those guys are good people “Styllz ndakanyanya kumuziva because aitaura naStunner. He said back then.

Now he has said Mr Styllz wasn’t involved in any of the payment for the car he is using now. He has retracted his statements above and he is saying only Teemak paid for the car.

Mr Styllz fails to pay 15k RTGS to ‘Waibata challenge’ winner
Music Promoter Prince Mudzingwa popularly known as Mr Styllz has been roped in a social media scuffle for allegedly failing to pay 15,000 RTGS to a dancer only identified as Peach after winning an Enzo Ishall “Waibata” dance challenge hosted on a social media platform, Instagram.
The girl couldn’t hold up her aggravation and took her grievances to Instagram through a video post narrating her ordeal before sharing it with ZimCelebs news platform

“Hi, it’s Peach. You know what guys, I did a dance challenge of Enzo’s song “Waibata” on live hosted by Styllz, and someone identified as Mukwazhi joined the live and pledged to sponsor 15,000 RTGS, I won that challenge and as promised Mukwazhi paid 5,000RTGS part of the money to Styllz so that it can be handed over to me, but up to now I haven’t received anything he’s giving me stories one after the other” she said in her live post.

flamboyant socialite and music promoter Prince Mudzingwa, who is better known as Mr Styllz by his followers and associates, has found himself trending on social media for all the wrong reasons. This follows after reports surfaced online that the outspoken and showy promoter failed to pay the winner of a dancing competition he hosted on social media to promote Zim dance-hall chanter Enzo Ishall’s song. The competition which was dubbed ‘Waibata dance challenge’ was won by a dancer only identified as Peach,  after she gave an electrifying performance.

According to reports reaching iHarare, all hell broke loose after Mr Styllz failed to keep his end of the bargain and did not provide the prize money of 15, 000 RTGS as earlier arranged. The dancer then took to social media to vent her frustration, exposing Mr Styllz’s camp for duping her of the prize money.  In a video recording which was posted on ZimCelebs  earlier today, the dancer said:

‘Hello, it’s Peach. You know what guys, I did a dance challenge of Enzo’s track ‘Waibata’ on a live Instagram video hosted by Mr Styllz. Someone joined the live, only identified as Mukwazhi, and he said he would sponser 15,000 RTGS.’

‘After dancing and winning, I did not get the prize money. Mukwazhi only managed to pull out 5,000 RTGS which he gave to Styllz. When I then contacted Mr Styllz for the money he was just making up endless excuses.’