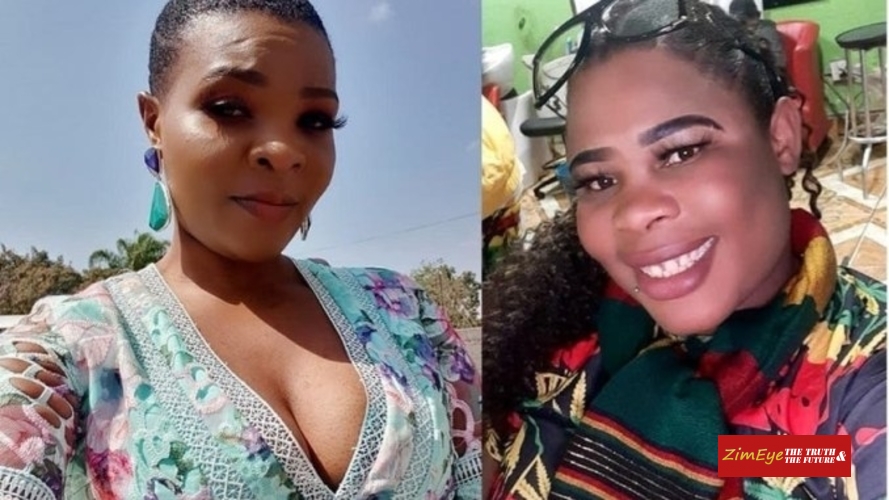 Socialite and comedian/actress Felistas Murata aka Mai Titi has been linked with a scandal that has gone viral on social media at the moment. Just as we are relaxing after a week of mourning Chihera Mai Titi has given us a story again.

Evidence Chihera accused Mai TT for sending people to kill Mai Deco for $200 tip according to Chihera Mai TT has been arrested she is at Marlborough Police Station.

CONTROVERSIAL HARARE COMEDIENNE and musician Felistas ‘Mai Titi’ Murata was arrested on Sunday over allegations she hired thugs for US$200 to get someone killed.

Mai Titi denies thats she hired hitmen to have  her ex-friend Memory Muyaka known as Mai Deco beat up or even killed for leaking secrets.

She was picked by cops and detained at Marlborough police station in Harare after audio leaked proving she wanted to have thugs beat up Mai Deco.

The hired thugs were caught out lying in wait for the attack at Mapalo Gardens. Police were called in and the thugs confessed to having been paid and produced audio recordings as well as conversations between them and Mai Titi.

It is also alleged Mai Titi is admitting to the crime and even boasting that prison was made for human beings.

The  attempted murder case was on Monday referred by the prosecuting authority back to police for further investigations.

In an interview outside the court, Mai Titi hailed prosecuting authority for denying Smasher’s attempt to use law enforcement agencies to score her personal vendetta.

“Smasher is making every effort to see me behind bars and I thank the prosecuting authority for refusing to waste the courts’ time by hearing cooked cases,” said Mai Titi.

“She spent the better part of Friday instructing police officers to arrest me although they found no grounds or evidence to that effect.

“After receiving several calls from Smasher’s relatives who hold offices of authority, I was shocked to see police officers on Sunday at my house and they arrested me.

“I spent one night at the police holding cells but Smasher wanted to fix me by making me spend more than two nights.

“We know that all things work together for good to them that love God, to them called according to God’s purpose,” said Mai Titi.

She said her stay in the holding cells taught her a lesson and is still willing to spend a night in a prison cell willingly not as a convict or suspect.

“If you remember my request to Zimbabwe Prison and Correctional Service to give me a chance to spend some days in a cell so as to see how inmates live there,” she said.

“Smasher has been used as a tool in fulfilling my dreams for me to start at a holding cell and I realised that police are respecting rights of people.

“The cell looked smart and my rights were not being violated and this is what I wanted to know and I have learnt a lesson from this incident.

“I have no grudge with Smasher and I do not wish any of my enemies bad and I am not God who gives or takes people’s lives,” said Mai Titi.

Smasher left the courts hurriedly after learning that the case was referred back to police for further investigation.

Meanwhile, Smasher is expected to appear in court on the 2nd of December 2020 accused of inciting Mai Titi’s personal assistant Morepower Masimba Gombe and Patricia Jeke, to suffocate her to death while on a hospital bed.