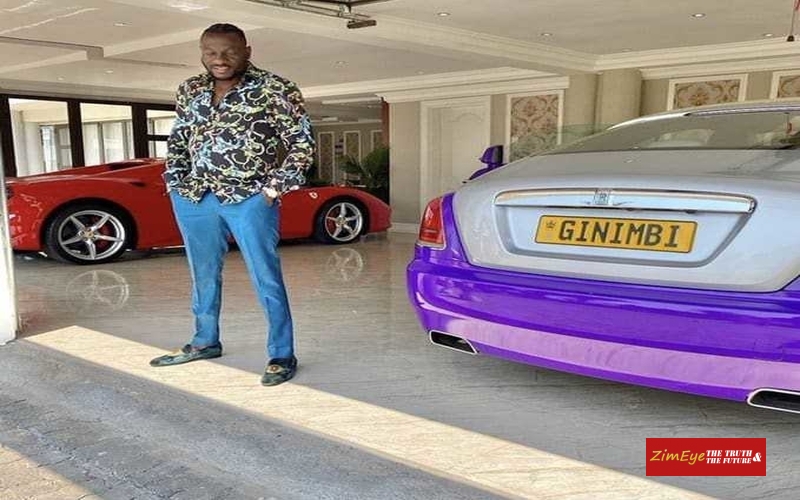 Zim Social Media just released an exclusive and never seen video on Ginimbi Live from December 20 2019. The video was taken during the festive season and Ginimbi was living his best life . Watch the video below.

“This is unbearable. A young man who worked hard and enjoyed hard is no more! The flower has wilted! Go well Boss Ginimbi. MHDSRIP,” said Kasukuwere.

A relative told the media this morning that the businessman had two other passengers in his car who were “burnt beyond recognition”.

Their identities could not be readily established.

Kadungure, according to the relative, was pulled out of the car soon after the crash but died immediately.

The crash happened along a curve just before Hatcliff suburb on the road to Domboshava. The businessman owned a mansion in the peri-urban settlement.

Witnesses say he was speeding.

The driver of the Honda Fit car that got involved in the accident with Ginimbi survived the crash but is said to be in shock.

His death follows that of his mother just a few months ago.