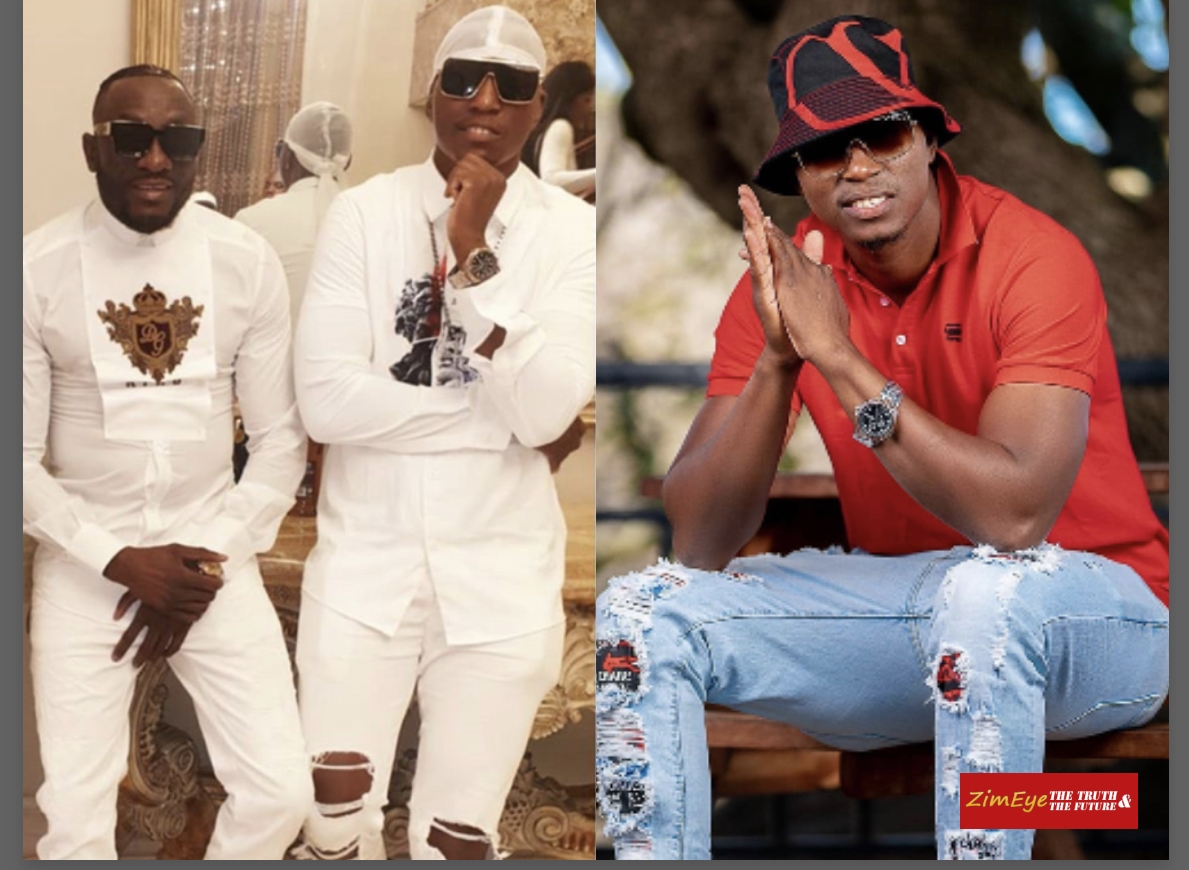 Freeman is one of the biggest musicians in Zimbabwe and has been seen in various pictures with Ginimbi. He was also at the recent AllWhite party holding Shampopo. He posted about his tour that he will be doing from Thursday till Saturday.

This response was not taken lightly by many people. They thought that he should have ignored or said something different. Some pointed out that Freeman’s tour was already paid for. This means that he had to fulfill his duties.

Police have confirmed that the late Genius Kadungure was driving his Royce Rolls with three other passengers along Borrowdale Road in Harare on his way to his home in Domboshava.

When he got to the Philadelphia area in Borrowdale where the accident occurred, he was involved in a head-on collision with a Honda Fit which had two people.

“He was assisted and was taken out of the car but died on the spot.

The three people who were travelling with him also died in the accident with the bodies burnt beyond recognition.

The two people who were in the Honda Fit were taken to hospital.

Zimbabwean socialite and businessman Genius Kadungure, commonly known as “Ginimbi”, died instantly in a freak road accident in the early hours of Sunday.

Three other people, including a model and fitness trainer, also died in the accident.

The 36-year-old had been driving his R5m Rolls-Royce Wraith which collided head-on with three other vehicles.

The speeding Rolls-Royce veered off the road and hit a tree before going up in flames, according to an eyewitness.

Danny Kuwanga told police that with the help of three unidentified men, Ginimbi’s body was pulled away from the burning car but three passengers were trapped and consumed by the flames.

“The Zimbabwe Republic Police would like to confirm the death of four people that included Genius Kadungure in a fatal road traffic accident along Borrowdale Road.

“Three people were burnt when the vehicle caught fire after it clashed with a Honda Fit head-on as the driver overtook another car near Philadelphia,” said police spokesperson assistant commissioner Paul Nyathi.

Two of those burnt to death were identified as Alicia Adams, a model, and a fitness trainer, Michelle “Moana” Amuli.

The group were reportedly coming from Ginimbi's nightclub, Dreams, a prime spot in the capital of Harare.

He had earlier posted on his Instagram account that they were going to party up a storm.

Ginimbi was known for his lavish birthday parties held annually at any chosen destination in Southern Africa. His last birthday bash in Harare reportedly cost US$50,000 (R900,000).

He had business interests in gas and petroleum. However, his lifestyle drew the attention of many because of his acquisition of supercars. His latest being a Ferrari 488 Spider to join other cars such as Range Rovers, a Lamborghini, a Bentley and a host of Mercedes-Benzes, the most prominent one being a G Wagon.