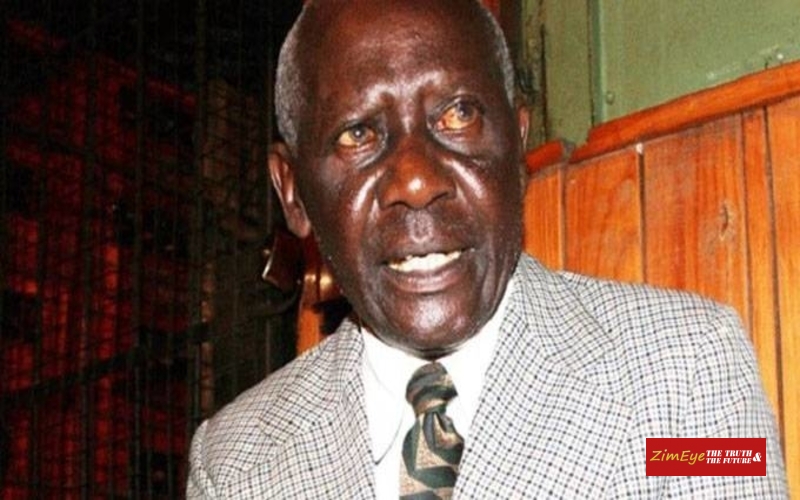 I WASN’T even born when he won the first of his five Soccer Stars of the Year awards in 1969.
And, I was only just two, in 1972, when he returned to the podium to pick his second gong, as the best footballer in this country.

By the time I completed my Grade One studies, in 1977, he took his fifth, and last gong, which was the third, in successive years.

Back in those years, the Soccer Star of the Year award dripped in purity and was a true recognition of both excellence and consistency, at a very high level.
So, in a way, I missed the best years of George “Mastermind” Shaya, the genius who died, in the early hours of this morning.
But, in his shadow, we grew up, in his legend, we found a reference point to greatness and in his story we found a football hero.

That we didn’t see him play became irrelevant.

His statistics, and everything written and talked about him, the silverware he won, the opponents he destroyed and the teammates who speak highly of him, all paint a picture of greatness.

It’s like Pele, you don’t need to see videos of his magic at the three World Cups he won, to acknowledge his legend.
It’s something that is part of football folklore, a 17-year-old rookie Brazilian going to his first World Cup, in 1958, and playing a starring role as his country won gold.

Ironically, there were even some who called Shaya the local Pele and that, in itself, provides a reminder of just how good he was.

They say if you were the standout local player of the ‘70s, when legends like Peter Nyama, Ebson Muguyo, Moses Moyo, Chita Antonio, Chitsika Tembo, Josiah Nxumalo and the Chieza brothers, to name but just a few, roamed local fields, then you were really good.

It’s acknowledged by everyone who had the privilege of being cast under his golden spell, appreciated by just about everyone who loves football.

Throughout the ‘70s, his name became synonymous with local football, it was hard, if not impossible, to have a conversation about the game, without mentioning him.
And, in a way, he became the game and the game became him.

He was the superstar of the country’s biggest football club, Dynamos, transforming himself into its heart and soul, the magician who always made the difference.

The one who would always provide the spark, to drag them to another level and to give them the magical touch needed to subdue the opponents.

And, these were not Mickey Mouse opponents, either, but tough men who were some of the finest names, to grace domestic football’s fields.

“When Shaya is out of the game, Dynamos are reduced to an ordinary team,” noted Alan Hlatywayo, the legendary writer who became the first black Sports Editor of The Herald.

“When he is playing, all the team’s magic is woven around him.”

And, the Glamour Boys really came of age, with Shaya conducting their orchestra, building a foundation of success, in which their legacy thrives up to his day.
They were champions in 1970, 1976, 1978 and 1980, when the diminutive genius finally called it quits, having written his name in the stars, as the true embodiment of excellence.

However, those championship trophies just tell a part of the story.

Take 1976, for instance, when Shaya inspired his Glamour Boys to their finest season, on the domestic scene, winning all but one, of the silverware on offer.

For good measure, they were also crowned the champions of Southern Africa, after producing one of their greatest comebacks, on a rain swept afternoon, at Rufaro.

Orlando Pirates, the South African giants, were the victims as Shaya’s inspired Glamour Boys ran riot, in a 4-1 romp, which overturned a 3-5 first leg loss.

Shaya would also play for Moroka Swallows in South Africa but Dynamos was his true home and it is with the Glamour Boys that his legacy was built.
Later, as club chairman, he led them to their finest hour, when they reached the final of the Champions League, in 1998.

No one knows what would have happened, had he played more games for this country, helping his talent to be exposed to a bigger audience.

Instead, he was restricted to just a few appearances, on national duty, including the 1970 World Cup qualifiers against Australia, on the neutral fields of Mozambique in 1969.

As fate would have it, his peak years came when this country was wandering in the wildernesses, having been expelled from the international football family, for the sins of its Rhodesian rulers.

So, in a way, Shaya’s theatre became localised, but that didn’t dilute his genius with a number of respected voices, who saw him play, saying he was a gem.

Was he the greatest ever Zimbabwean footballer?
It’s a tricky subject, which brings division at a sensitive time when the domestic football constituency is in mourning and, more than ever, needs a united front.

“We might have our individual awards but George Shaya remains the greatest of all-time,” said Peter Ndlovu, the other big figure in the GOAT debate.

Ordinarily, that should settle the debate but everyone knows it’s not as easy as all that and there will be some who feel otherwise.

A very reserved character, he wasn’t a showman like Muhammad Ali, who called himself the greatest.

Ali had star quality, and thrived in the publicity it generated, Shaya had that golden touch, and was uncomfortable in the limelight.

However, that’s not what matters today.

It’s the celebration of the life of a giant of Zimbabwean football, a player who, on that wing, redefined the meaning of excellence.

A man who provided memories which will last a lifetime.

He wasn’t well, of late, struggling with dementia and diabetes, which saw him lose one of his legs, which had to be amputated.

In a way, there was an inevitability this dark day would come because, from both a distance and from close quarters, we could see our Mastermind was struggling.

It’s a remarkable testimony of his fighting spirit that he fought this long, when others would have given up, some time ago.
George Shaya!

He will never be forgotten, not at Dynamos, not in Zimbabwean football.

Because people like him only come once in a generation.

And, you don’t need to have been born, when he built his legacy, to know that.