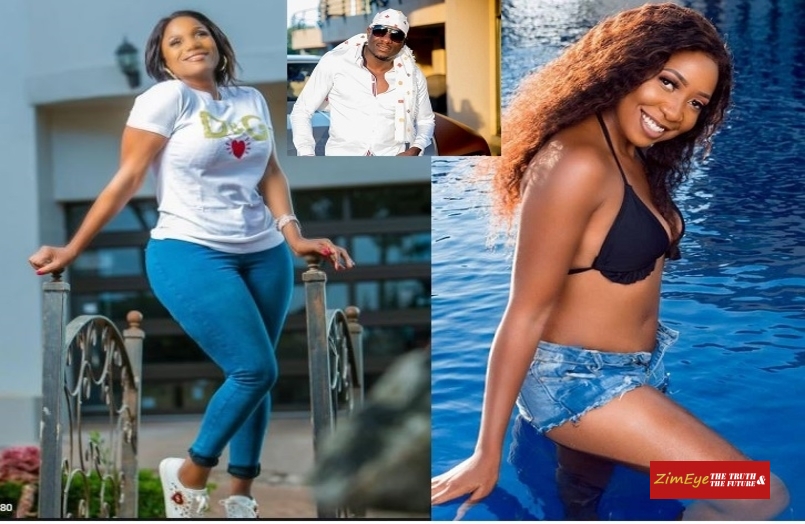 Two of Ginimbis favorite ladies his wife Zodwa and young sister Nelia Kadungure spend so quality time in Sandton, South Africa. From the vidoe posted by Nelia is looks like they were having dinner at a top class restaurant. The two ladies needed some down time to unwind as that last month has been tough for them since they lost a man who they loved dearly. In a few days it will be a month since Ginimbi and three other dies in a horrific car accident. Watch the video posted by Nelia below

As we all learned during his funeral that he Ginimbi had no children it was right or certain that his immediate family would inherit his riches. This, as we all expected, was stated in a Will that was not signed but the family agreed on it to be the official one.

have reportedly unanimously accepted the unsigned will that was registered at the Master of the High Court last week, The Herald reports.
Ginimbi’s father, Mr. Anderson Kadungure, is entitled to 10% of funds generated in the trust while Ginimbi’s sisters Nelia and Juliet will get 60% and 30% respectively.
Ginimbi’s Real Wife & Soulmate Speaks Out ‘No One Will Ever Replace You’

The relationship between businesswoman Zodwa Mkandla and the late Genius Kadungure aka Ginimbi has always been shrouded in mystery and confusion. Ginimbi and Zodwa Mkandla go a long way back, before he was even famous.
Zodwa Mkandla, who had taken the proverbial role of the grieving widow, went on social media to mourn Ginimbi once again, writing

Go well my soulmate no one will ever understand what we shared Ginimbi,no one can replace you REST IN PEACE

According to some rumors on the streets, Zodwa Mkandla was the one who helped Ginimbi curve a path in the corporate world as she was already a successful businesswoman when they met.
The nature of Genius Kadungure and Zodwa Mkandla’s relationship was revealed in 2018, during a court case in which him and another flamboyant businessman Wicknell Chivayo were accused of fraud.

During the trial, Zodwa Mkandla revealed that she was actually married to Genius Kadungure saying

He is my husband, we stay together and Wicknell Chivayo even phoned me saying, ‘sister I’m sorry I dragged Genius into this case’.

However she had to admit that their relationship was going through a rough patch that time and and they were separated after the lawyer exposed her.

He is my husband, but we are on separation. We are on separation and we don’t stay under the same roof anymore Zodwa Mkandla is also said to have admitted in court that she still loved Ginimbi and they had joint assets.

She also indicated that they were still in touch and had and excellent relationship.

While they were allegedly separated, Zodwa once confronted Ginimbi and a woman who was thought to be his girlfriend and caused fracas at Mt Pleasant in 2018.

Ginimbi himself never publicly claimed Zodwa as his wife and never spoke about his marriage.

Genius Kadungure was linked to several women, most of them social media influencers and socialites, but he never claimed any of them or admitted to being romantically involved with anyone.

According to reports, Zodwa is set to inherit Ginimbi’s Domboshava mansion and his cars and she was also part owner of his assets.