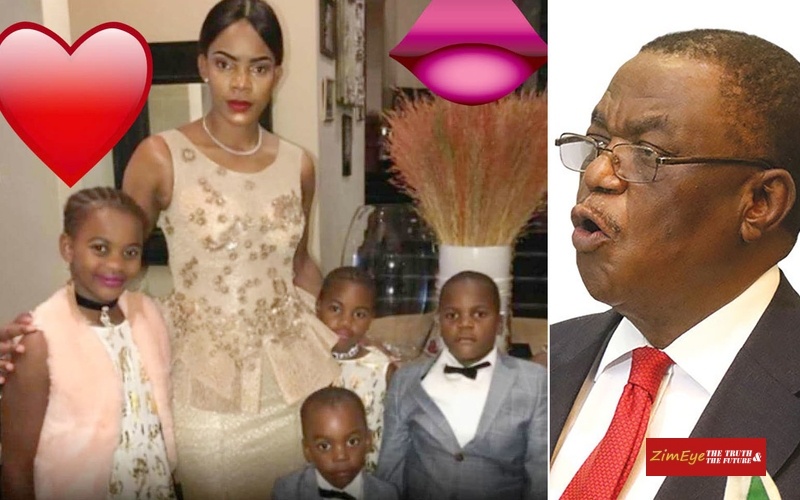 Vice President Constantino Chiwenga’s ailing estranged wife Marry Mubaiwa says it is difficult for her to recover while being denied access to see her children by the powerful former army general.

Mubaiwa was barred by the High Court from having access to the couple’s three minor children in February last year as the couple is going through a messy divorce while being embroiled in several bitter legal battles which are yet to be settled.

She is also facing, charges of attempting to murder her husband, fraud, and money laundering. As if that is not enough, she was expected to stand trial but she is suffering severe lymphoedema and spontaneous formation of abscesses whose origins have not been determined.

She told the court that she may end up having one of her arms amputated after failing to get the treatment she needs outside the country.

On Tuesday, she said she could not be well without access to the couple’s three children.

“A good afternoon depending on your current location. How can I ever get better without having my children in my CUSTODY, I have not seen or spoken to my children for 2 years now, they were stolen from me from my matrimonial home under instructions from my husband,” she said.

The former model is out of custody on bail over allegations raised by the Zimbabwe Anti-Corruption Commission (ZACC) that she unlawfully transferred US$919,000 to South Africa under the guise of importing goods, between October 2018 and May 2019.

She is also accused of fraudulently obtaining a marriage certificate without Chiwenga’s consent earlier that year when Chiwenga was critically ill and additional charges of attempting to kill the VP.

Last week, Mubaiwa claimed that she sought help from President Emmerson Mnangagwa but he declined to help, claiming that his deputy did not take in any instructions from him when it comes to her treatment.

“I have approached the current president many times, he has done nothing and has completely ignored me, citing reasons that his subordinate does not take instructions from him, who is the boss now???” she said.

Harare Magistrates court has postponed the trial of estranged Vice President Constantino Chiwenga's wife Marry Mubaiwa to the 18th of October 2021 as the court is yet to be furnished with medical affidavits from the clinical director.

Marry Mubaiwa is accused of assaulting her maid Delight Munyoro at Hellenic School in Borrowdale following an altercation over the custody of children.

Mary has been declared critically ill and the court ordered for a medical examination to assess if she is fit to stand trial.

According to Mubaiwa's lawyer, Beatrice Mtetwa, her client's trial is dependent on the outcome of the medical examination which will ascertain if she can stand court hearings.

The former beauty queen is facing another charge of allegedly trying to kill her husband while he was seeking medical attention in South Africa sometime last year.

Marry Mubaiwa has unsuccessfully tried to get her passport from the courts so that she can seek medical treatment outside the country.

She has on numerous occasions vented her frustrations with the country's justice delivery system on social media where she alleged interference by Chiwenga to bar her from accessing her travel documents so she can get specialized treatment to her rare condition that has attracted widespread sympathy.