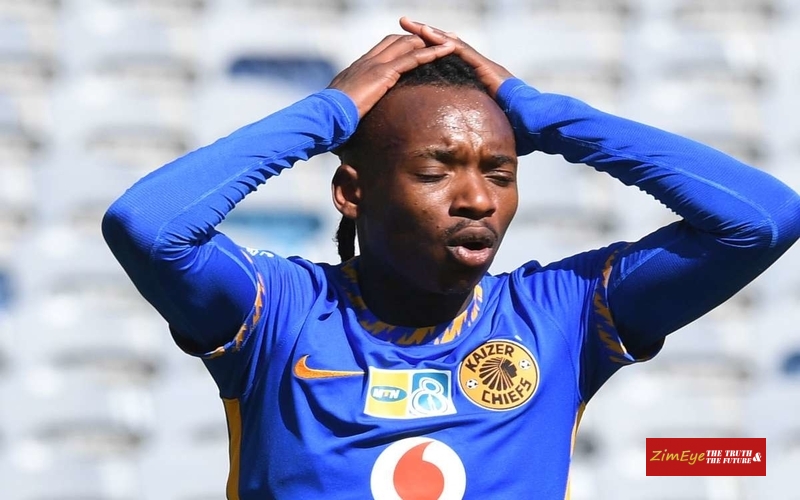 Warriors and Kaizer Chiefs forward Khama Billiat has rubbished weekend reports that he had married a South African singer as a second wife.

Billiat said he was happily married to Mai Kim (Esnath Munyedawo) and will never marry a second wife.

According to the report, Nomcebo’s mother, Smaniso Mthethwa, confirmed that Billiat was engaged to her daughter and the two were planning a future together.

Mthethwa is the hottest new Gqom artiste. Her career is thriving with her hit single “Makoti” getting a lot of air play on South African radio.

Mthethwa’s mother could not give more details, saying she needs permission from the couple.
Speaking to Chronicle Sport from his base in South Africa, Billiat said he had one wife, who is also the mother of his daughter.

“Khama has one wife, Mai Kim, I never married anyone. I don’t know why people are doing this. I  repeat I am happily married to Mai Kim,” said Billiat.