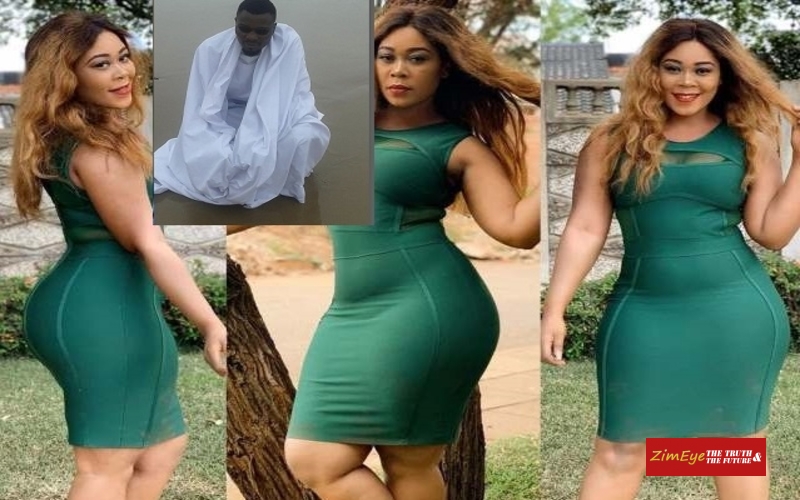 White garment prophet Madzibaba Skyneg speaks on Madam Boss death prophecy. The dark cloud hanging on Zimbabwe celebrities continue to be seen as yet another self-proclaimed man of God has seconded the visions seen by a South African pastor about a sad scene that is hanging on the arts industry of the country.

A popular white garment prophet named Madzibaba Skyneg said he has seen a vision whereby a woman named Tyra Chikocho is being mourned. From the explanation of his vision, it seems Madam Boss real name Tyra Chikocho will die from an accident. Check his vision below

This comes after a prophecy coming from a church pastor based in South Africa that is making rounds on social media about an entertainer that may die before 2020 end.

The man of God did not reveal the name of the person but he said the person is a female comedian and she will have a skin disease that will cause her death. The pastor said he had contacted the person in question but they did not respond to him hence he was making it public.

Madzibaba Skyneg said he will unhide the post on the 29th to prove to the whole world that he is not a lightweight in the spiritual realm
Madzibaba Skyneg Sends Prophecy Warning To Madam Boss Namatirwayi Before 28 December
Madzibaba Skyneg has seen a prophecy involving Madam Boss and her family. Madzibaba Skyneg is a Zimbabwean based in South Africa and is sending a strong message to Zimbabwe's top female celebrities. That she needs prayers before the 28th of December. Read The Prophecy below.