Mai TT & Lorraine Guyo Forgive Each Other After 2 Years 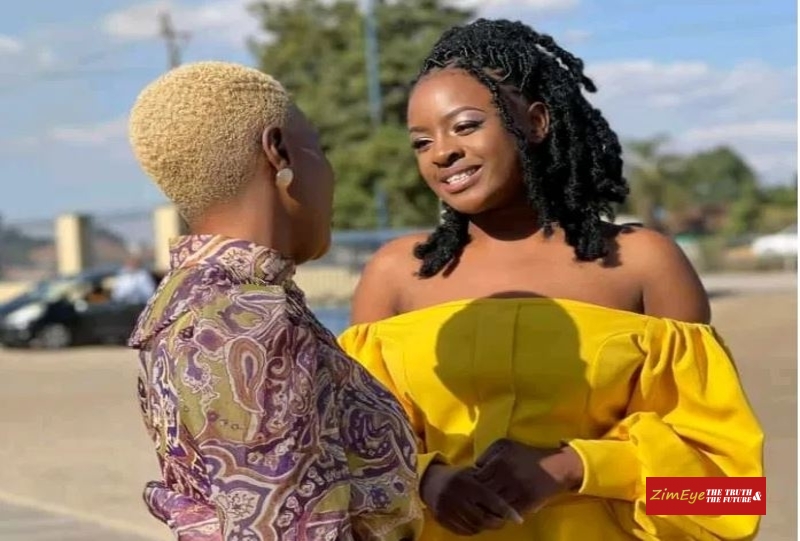 Mai Titi and Lorraine Guyo seem to have sorted out their differences after meeting each other yesterday at an event organised by Nyaradzo group.

Guyo shared lovely pictures of herself in conversation with Mai Titi. Both comedians were dressed to kill.

The duo had a fallout last year when Mai Titi accused Guyo of meddling in other people’s affairs because she was desperate.

Mai Titi insinuated that Lorraine was irked because her ex lover Thomas Chizhanje had shown interest in her. Guyo had done a skit which Mai titi took offense to. Although she was not mentioned in the skit it was heavily implied she was the topic of discussion.

Guyo and her friend were talking about an old woman dating a young man, by then Mai Titi was dating young Zizoe pamyk.

Following yesterday’s pictures the two have sorted out their issues.

Social media celeb wars in Zimbabwe have become the norm lately and the latest pair to lock horns  is none other than Mai Titi and Lorraine Guyo of the ‘Ndinyengeiwo’ fame.

Yesterday, a furious Mai Titi took to Facebook to drag Lorraine and air her dirty laundry for all to see. This follows a skit done by Lorraine which Mai Titi took offense to.

Although Mai Titi was not mentioned by name in the skit, it was heavily implied that she was the topic of discussion.

In the skit Lorraine and her friend talk about an older woman who is dating a younger man.

Mai Titi insisted that they were talking about her and her young lover Zizoe.

Lorraine and her friend went on to make fun of her haircut which they said resembled singer Sulumani Chimbetu’s.
An irate Mai Titi went on faceboook live and roasted Lorraine for over an hour

“Lorraine kundiitira skit, akomana. iwe mwana wakaita mbiri nekudakunyengwa washaya murume,kundiitira skit.” (meaning How dare Lorraine make a skit about me! Her claim to fame came through man hunting)
Mai Titi then went on to accuse Lorraine of being a petty gossip who is always talking about other people’s business.
She cited the only reason why Guyo wasn’t yet successful at this point was because of her meddling into other people’s affairs.

Mai Titi insinuated that Lorraine was irked because her ex lover Thomas Chizhanje aka CST had shown interest in her.

However Mai Titi said CST was not even her type and she would never be caught dead sleeping with him.

Mai Titi then aired Lorraine’s dirty laundry claiming that Lorraine had an abortion in South Africa and she was into sugar daddies who sponsored her lifestyle.

She said one of the sugar daddies actually pays for Lorraine’s lodgings in Eastlea.