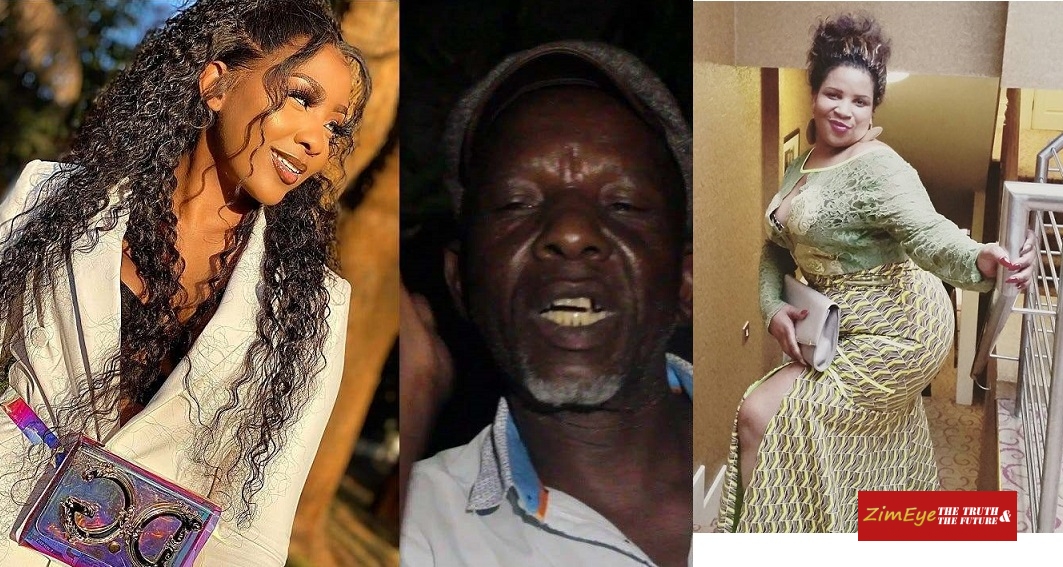 Mudiwa Lyon was not happy with the words spoken by the father of Moana who passed away in the Ginimbi accident. Mudiwa Lyon who has spirits of Njuzu took to her Facebook and shared her thoughts on Moana fatherIshmael Amuli .Cookie felt it was wrong for Moana's father to tell the world that he slapped her in the face the last time her saw her.Ishmael Amuli  also blasted his late daughter saying her lifestyle was something against his religionand was not proud of it since it was ambarrasing him. Watc hthe video below as Cookie Lyon Blasts Moanas Father.

The father of socialite and video vixen Michelle ‘Mimi Moana’ who died on Sunday morning together with flamboyant businessman Genius “Ginimbi” Kadungure in a terrible car crash, has revealed that he was not in a good relationship with his daughter whom he last saw early last year.

Moana was one of the four people who died in a horror car accident along Borrowdale Road in Philadelphia when Ginimbi’s Rolls-Royce Wraith collided head-on with a Honda Fit while driving back to his Domboshava home in the company of Limumba Karim, believed to be of Malawian origin and Elisha who all died after being burnt beyond recognition.

They were all coming from Moana’s 26th birthday party at Ginimbi’s Club Dreams.

According to the Herald, Mr. Ishmael Amuli, Moana’s father, revealed that he was estranged from his daughter because he was not happy with her lifestyle choices of partying and featuring in videos.

“In 2017, Michelle had problems with her husband, who came to drop their child in Domboshava. Mitchelle later came to pick her daughter and I sat down with her, telling her that I wasn’t happy with her behaviour. I heard a lot about my daughter that she had become a party animal and was featured in several music videos. I got angry and slapped her twice and she left home for good.

“Last year I saw her, but we never talked much. I am a Muslim and what she was doing was against our religion. Now how do I tell my elders at church and how will she be buried?

“We are now at her mother’s house in Highfield because I did not fully pay lobola for her mother. I still owe in-laws, but that is a story for another day,” he said after the tragic accident.

He also added that he had separated from her mother when Moana was still a toddler.

“I quit my job to look after my children. I had five children and Michelle was the second born and only girl. She had a daughter named Tyra. I stay in Domboshava in Chirombo Village. I used to hear some neighbours telling me that my daughter was at Ginimbi’s house. Today was told that she had a birthday party at a night club in Harare and she died on her way back,” he added.

Popular fitness bunny Moana Mimmi has died. The sad news was confirmed by Ginimbi’s PR manager Ms. Shally via Ginimbi’s Twitter account. She said that Moana is one of the three passengers who died on the spot this morning. Moana died together with Ginimbi, Karim, Elisha.

In an update on Twitter, Ms, Shally wrote: I feel like hell, I dont even know which words to even use, Genius Kadungure has been called by God, he is no more. He was in a terrible accident around 5am, he died on the spot with 3 of his friends in the car, Karim, Elisha and Moana

Ginimbi and Moana died on their way from celebrating Moana’s birthday at Dreams Nightclub.

According to eyewitness accounts, Ginimbi’s Rolls Royce hit a tree and burst into flames at around 5 AM on Sunday.

Reports suggest that Ginimbi was involved in a head-on collision with a Honda Fit that saw him being thrown out of the vehicle before it hit a tree and burst into flames.

Condolence messages have poured in for Moana and Ginimbi.