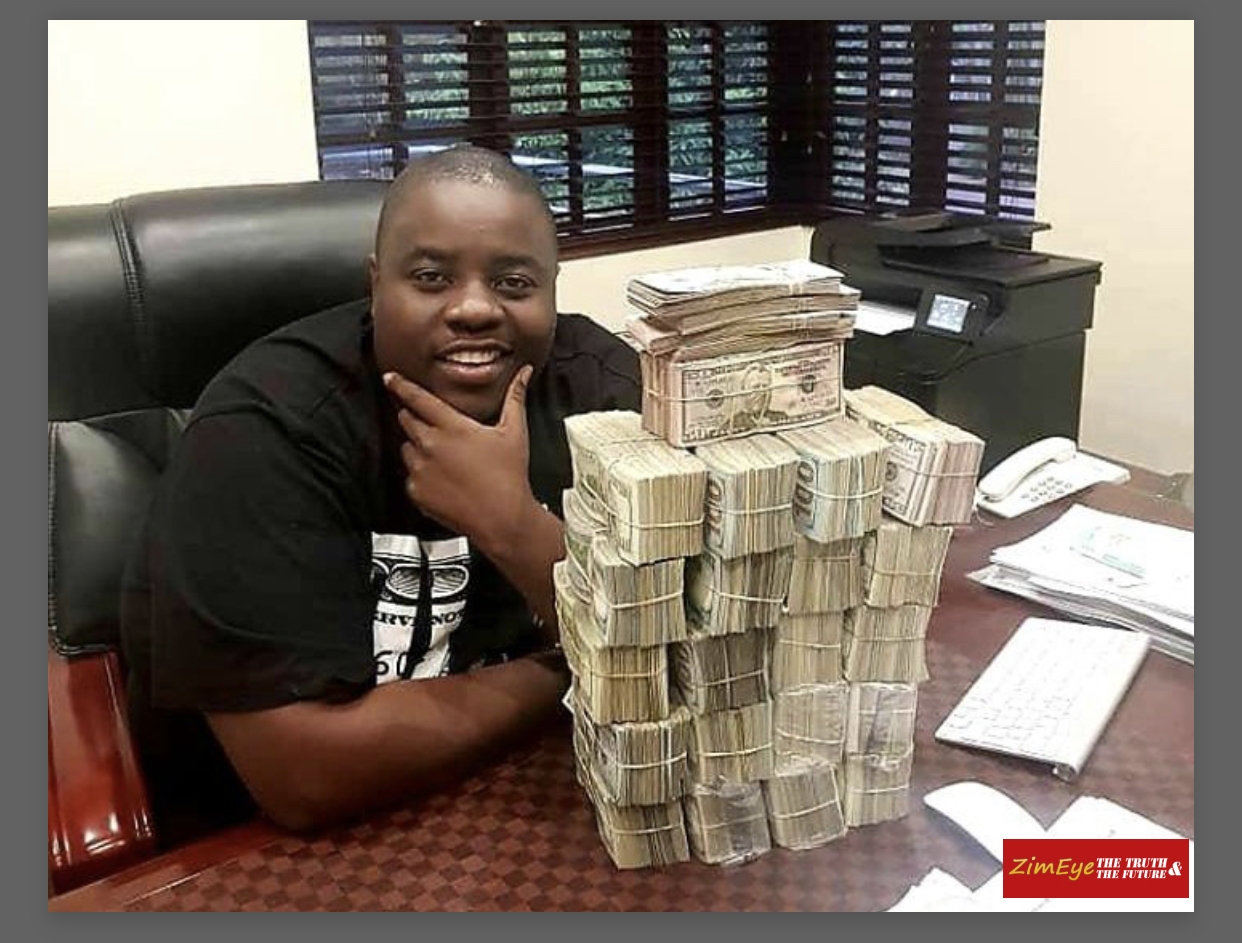 The flamboyant tenderpreneur was clad in all-white apostolic attire, locally known as ‘Mapositori’ seated on the ground behind a top of the range Mercedes S Class.

TIPEIWO MAKORE EKU NAMATA…BABA ABRAHAM….On this 22 nd day of November in 1980 after at a small clinic in UNIT J SEKE CHITUNGWIZA called Vhiriri Clinic a LEGEND, A GO GETTER and a TRENDSETTER all in one was born. The two proud parents of this bouncing baby boy ISAAC and CANISIA decided to name him WICKNELL MUNODAANI…Someone, please wish me a Happy 40th birthday with many more years to come…We always give thanks and praise up above…he said.

Happy birthday to Sir Wicknell. The controversial businessman has suddenly disappeared on our radar just like that. We all know him as the man who used to make headlines. He was the kind of man who would not finish 14 days without coming up with something that would grab our attention. But as of now, he has been quite to point that we are actually worried about him.

But today it’s all about him as he celebrates his birthday. The flamboyant businessman is turning 40 years today and its a wonderful thing as many are failing to reach this age.

Recently the country lost two of the young Zimbabweans who were doing well in their respective industries. Ginimbi died at the age of 36 whilst Moana died as she was coming from celebrating her 26th birthday.

So it is such a blessing to reach this age. It’s not to be taken for granted. So this is why we are celebrating one of the rich guys under 40 years in Zimbabwe. Happy birthday Sir Wicknell.