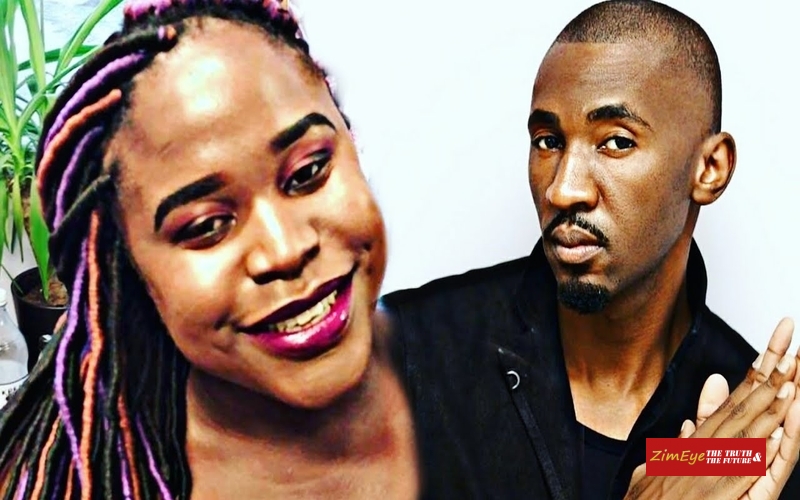 After series of blasts from socialite, rumour monger Tatelicious, Prophet Passion responded to Tatelicious by making fun of her transgender.

Passion Java had never responded to any of Tatelicious’ allegations but he then decided to use his/ her homosexuality issues to come after him.

He posted a video on instagram emphasizing the point that he is a man but she has to be appreciated too since she changed her gender.

He wrote:”Some call him uncle, some aunty what about you?”

Tatelicious during his lives clarified that he hated Passion Java, hence giving her the reason to blast him everytime.

On Valentine’s day Passion Java posted a video saying that Madam Boss had died. A lot of people were hurt by the news. After some time Passion Java poster another video saying Madam Boss is not dead. This was after the news about Madam Boss’ death had spread like a veld fire
In his second video Passion Java was trying to make ammends and do some damage control but it was too late. In the video he tries to change the subject and blame people for spreading the news forgetting that he is the source of such news.

Among the displeased socialites is Tatelicious who takes her anger to Facebook shaming the prophet for his actions. Tatelicious starts her video by claiming that Passion Java is not rich like he claims to be. In fact all the things he posts might not be his she also claims.

“Billionaire Strive Masiyiwa and Prophet Uebert Angel have money. These two impact lives of many in various countries and that is a sign of money. Unlike Java what has he done? Money reflects on deeds. Passion Java does not have money at all.”

“Madam Boss your best response was to denounce Passion Java’s post and distance to yourself from him after disrespecting you like that. Now we feel like you are part of the scam as way of getting views and likes on social media. Since your views are declining you thought it is okay to play with such hurtful news. It is wrong to play with people’s emotions my dear it is wrong. ”

” Making noise on social media is not money. Madam Boss my sister please do not entertain such behaviour from Passion he is a nobody without money. Empty vessels make a lot of noise and Passion Java is an empty vessel, ” Tatelicious says.