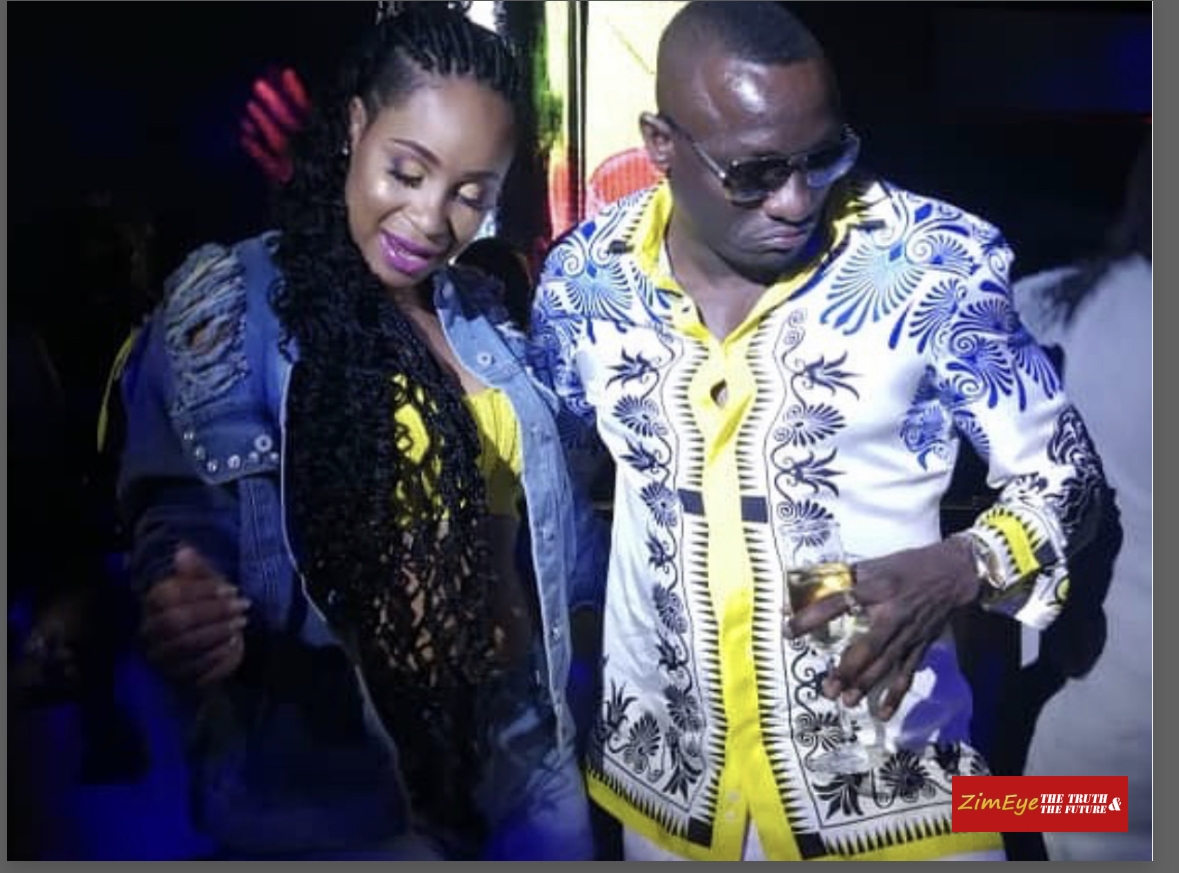 Pokello is mourning the passing of her friend and brother Ginimbi. Pokello wrote a heart wrenching letter to Ginimbi titles when I see you read the letter below.
When I see you again.
I would tell you that I cried for 24 hrs till my heart bled out. I know you would laugh and say ‘Poki haupenge here?’
I would tell you, you hit Rockstar status and trended World-wide.
I would tell you, your fame Skyrocketed in a matter of hours.
All across the world it was ‘Ginimbi’. You loved the limelight and it reciprocated.

When I see you again, I would tell you how the dot. com association started while you were still lying lifeless at the scene.
The Registrar Generals of heaven already had the list of ‘entrants’ ready before you arrived at the mortuary.
The Conspiracy theorists haven’t stopped, they even had pics of a ‘red coffin that you had bought yourself’.
I can already hear you saying, ‘Chinditaurira’.
Oh the tales!You know you that nigga when you cause all that conversation!

15 years! I used leave Monash to come pick you up from Sandton and drive you 1 hour out of town, so that you could meet with Gas suppliers. This is how we bonded, over long drives to Germiston. They speak ill about you because they were not there when we were shooting in the gym.

I want to tell them you only got one ‘O level’ subject which was Agriculture. You didn’t even collect the results😂. But 5 mins with you was enough for even a layman to se you had a level of street savvy that was captivating. You had a knack for the right opportunities, you knew which deals would have the highest returns. Gas, Fuel, Tobacco, Machinery, Promoter, Nightclubs, Real estate, Transport and GCK Securities. They ask for your source of income as if you needed their collateral to be great.

A village boy who grew up watching Falcon Crest and Dynasty. Your hunger was a different kind of hunger. You defied all odds. Without Education, without ‘textbook’ looks, without a handout. Started selling phones in town, soon met a man who traded in Gas and saw an opportunity. It’s from being his middleman that you learnt the ropes of the Trade to become the King of the South.

I think about your life from when we became friends 15 years ago. What did you not achieve? By age 22, you owned a Range Rover and rented a 4 bedroom house in Greystone Park. By 25, you had bought a house in
View all 1,256 comments