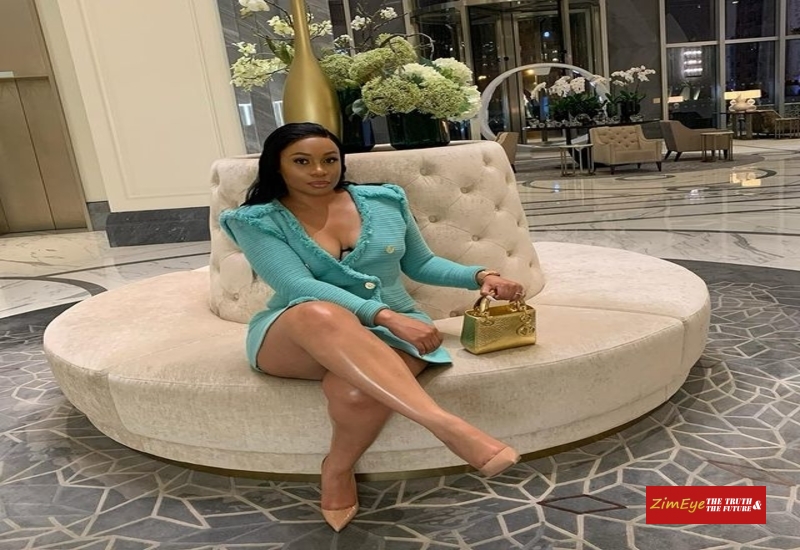 For much of this year, people have been locked down in one place but we're finally making it to the other side of the virus and things are opening up.

While the land borders only opened on Tuesday, the skies have been open for some time and those who can afford do so like Pokello are taking advantage of this.  Pokellohas always lived a life that exudes luxury. She is not known for ostentatious displays of wealth but her life and the side of the life she displays on social media speaks luxury.

Over the past weekend, Pokello took a trip to the U.A.E, the country which is home to the city and kingdom of Dubai. Pokello posted herself in Emirates' first class and it was another display of luxury. We are not sure if she took a direct flight but at current prices, first-class travel on the Emirates from Harare to Dubai is pegged at $6 533 USD.

Pokello posted a video of herself reclined in her first-class cabin, that had all the creature comforts one could think off. This was followed up by posts of her 5-star quality cuisine which she was served on board the flight. On arrival, she was chauffeur-driven in a top of the range Mercedes to her hotel. Over the past days,  Pokello has continued to let us in into her Dubai experience through her posts. She has posted several videos dining out and partying in Dubai's hotspots.

The socialite has also indulged in a lot of retail therapy while in the UAE. She has been going from designer store to designer store and while in the Hermes store she posted a story update that hinted she might be purchasing a Birkin bag soon. In the post she wrote:

"So getting a Birkin is not as complicated as they make it seem. You just need to build your profile in-store by reaching a certain expenditure. Once the amount is substantial you are considered 'loyal' to the brand and you are eligible."

Pokellois no stranger to Dubai and over the years she has had regular visits there. The former Big Brother Africa housemate, Pokello Nare, celebrated her birthday in Dubai two years ago. She was accompanied by a group of friends that included her then rumoured to be boyfriend Ronald Muzambe popularly known as Rondon. At that time Rondon was said to be based in Dubai and Pokello made frequent trips there.

The socialite also reportedly owns property in Dubai which was revealed earlier this year. ZACC (Zimbabwe anti-corruption commission) was said to have been investigating Pokello over the purchase and a source within ZACC is quoted to have said:

"Yes, Pokello is on the list for a property she bought in Dubai. We have since instituted investigations, and we want to make sure we do not commit an error at law, hence we are being thorough."