Robert Mugabe Jr Opens Up About Life As A Mugabe 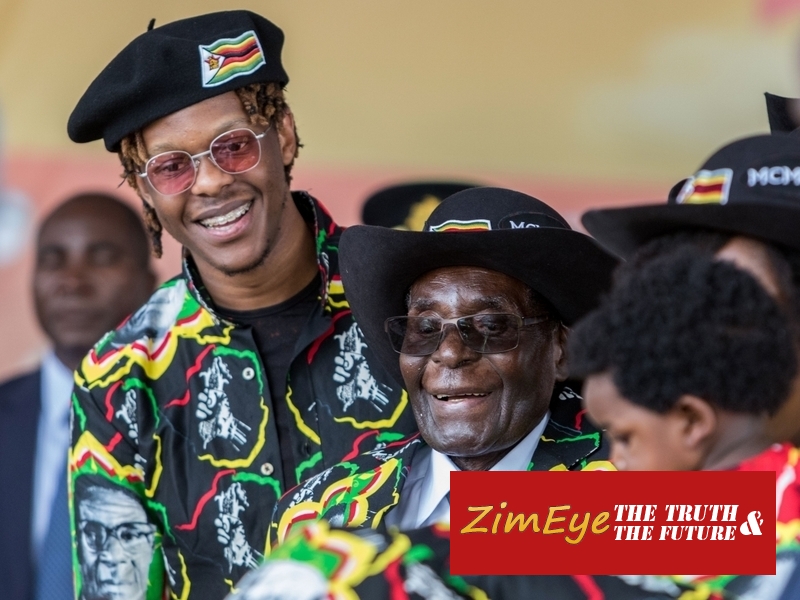 The name Robert Mugabe needs no introduction. However, when it comes with the suffix “junior” it’s about his chosen heir to the name and son, aptly known as “Tino”, which is short for Tinotenda (thank you), who describes himself as a hustler.

Tino, 30, is the late Mugabe’s second child with his surviving wife, Grace, and the first son before Bellarmine Chatunga, 25, who the former president believed would take after him.

Mugabe also had a son named Nhamodzenyika (the country’s troubles) who was born in 1963 in Ghana, He died three years later due to cerebral malaria.

Since the coup was executed against Mugabe in November 2017 and his eventual death in 2019, his family has been living under the radar and only made an appearance for court challenges against the Zimbabwe government’s push to exhume their patriarch’s body for reburial at the National Heroes Acre.

“Stizz”, as Tino was known in his Zimbabwe basketball national team days, has started to open up and, probably, chart his path.

I am an architect, gym fanatic, I hustle and I enjoy socialising with people. I keep it simple.

Tino never got to enjoy life like other first children of African strongmen, such as Teodoro Nguema Obiang Mangue, now vice-president and son of Equatorial Guinea Teodoro Obiang Nguema Mbasogo.

“I didn’t have access to the freedom that everyone else had. For me, the main thing in my life has always been freedom, getting personal freedom and for most of my life I never had that but financial freedom, okay fine, fine, yes, but then freedom of choice to be able to be where and who I want to be I didn’t have because of who my parents were,” he said.

Tino is pursuing a political career, but that was not his first choice. He wanted to play professional basketball and even make it into the National Basketball Association (NBA) in the United States, but he blames that unrealised dream on his family legacy.

“There’s a lot of things, politics. I started to understand who I was and the role I should be playing in my life. I can’t fill that role playing basketball,” he said.
Speaking about his father, Tino said that as a Roman Catholic, Mugabe always moved around with a rosary. “…that’s something that people didn’t know…he was a religious man, stuck by the Bible, made sure everything that he did was Christian,” he added.

Having been educated in Dubai, South Africa and Singapore, Tino was exposed to various facets of religion and from his eclectic understanding, says “the people that created these religions, of course, did it for the betterment of humanity, but you then realise that they did what they thought was best for them”.

Risking drawing controversy, like late British pop star John Lennon, Tino added: “All of them [are questionable]. They try to of course help stir people towards the best path. But if one religion was the best path, then everyone would be following one religion,” he said.

Turning back to his dad, he said that as a family, they knew for more than 10 years that he was not feeling well.

“My dad was sick for a long time – over 10 years. It was a matter of time. So, for those 10 plus years, we knew as a family that dad was sick and [at] any time the doctor can tell us he has a couple of days or months to live. But that day never came. So I guess within those 10 plus years, a lot was going on, emotional rollercoasters, so we spent as much time with him,” he said.

In his last days in 2019, Mugabe went to Singapore for treatment and that was where Tino was based at the time.

“He also came to Singapore for his treatment and that’s when he stayed a couple of months. But those five to six months when he was there, that’s when he was most ill. He wasn’t coming out of bed, he wasn’t walking and he didn’t want to eat. He was sick to the point [where] he was in a wheelchair.

“My mom would bath him and I would, at times, come help. It’s a lot seeing someone who used to take care of you at a point where they can’t take care of themselves. It’s painful,” Tino said.

He added that he wanted to make his father proud by taking care of the family, and was doing just that.