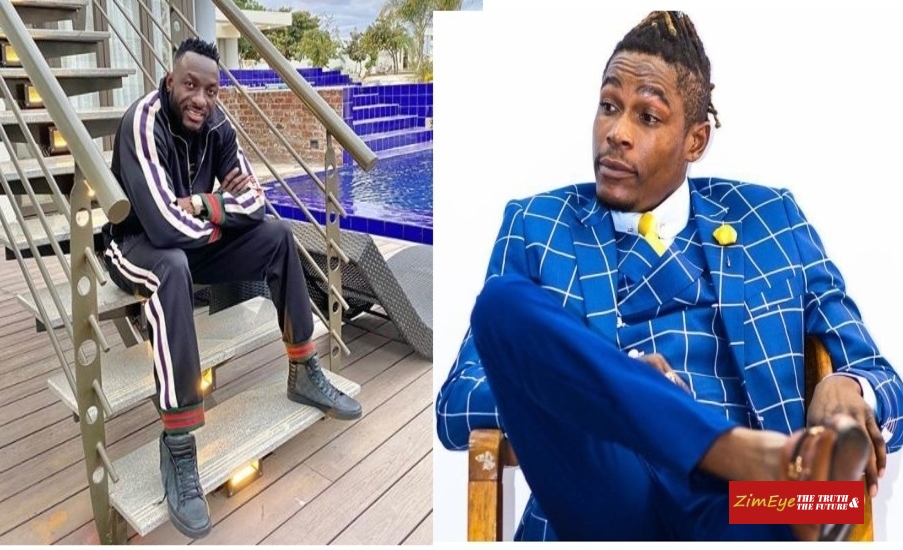 Zim Dancehal superstar Soul Jah Love posted a shocking video where he says some shocking statement about the late businesman Ginimbi. Soul Jah Love say that "Ginimbi anofanira kuziva kuti akamirirwa ne Gehena" We can not confirm if SoulJah Love was drunk or this was his way of Mourning  Ginimbi watc hthe video below.

FRIENDS and family gathered at Genius ‘Ginimbi’ Kadungure’s mansion in Domboshava Sunday evening, many saying they were struggling to come to terms with the colourful socialite’s passing.

Ginimbi died on the spot when his Rolls Royce vehicle was involved in a head-on collision with a Honda Fit along Legacy Way (formerly Borrowdale Road) Sunday.

The posh motor veered off the road, crashed into nearby trees and burst into flames killing three of the businessman’s associates who failed to extricate themselves from the wreckage.

Ginimbi had been dragged out of the vehicle alive by witnesses but died shortly afterwards.

All four had spent the night a birthday party for music video performer and fitness trainer Mitchelle ‘Moana’ Umali who was also killed in the accident.Speaking to the ZBC at Ginimbi’s Domboshava home, friend Rimo said he was driving behind the businessman as they returned from the party.

“We parted ways at the club and he was ahead of me,” said Rimo.
“When I heard he was involved in an accident I couldn’t believe it and when I arrived he was still alive. I am hurt and still in shock; I can’t believe he is gone.”
Former partner and close friend Zodwa Mkandla said  she is yet to come to terms with the tragedy, describing Ginimbi as a warm and caring person.

“I got a call early this morning that Ginimbi was no more,” she said.

“I couldn’t believe it and even tried calling him before coming to the scene. To you he was Ginimbi, but to me he was Genius – a good, loving and caring friend who was always there for me.”

Meanwhile, Mitchelle’s father said he was estranged from his daughter who left her husband in 2017.
Speaking to The Herald at her funeral wake in Highfield, Mr Ishmael Amuli said he had fallen out with his daughter over her party lifestyle.

“In 2017, Mitchelle had problems with her husband, who came to drop their child in Domboshava,” he said.

“Mitchelle later came to pick her daughter and I sat down with her, telling her that I wasn’t happy with her behaviour.“Last year I saw her, but we never talked much. I am a Muslim and what she was doing was against our religion.

“Now how do I tell my elders at church and how will she be buried?”

He continued; “I had five children and Mitchelle was the second born and only girl. “Today, was told that she had a birthday party at a night club in Harare and she died on her way back.”

Malawian Limumba Karim also died in the crash along with a Mozambican who has only been identified as Elisha.