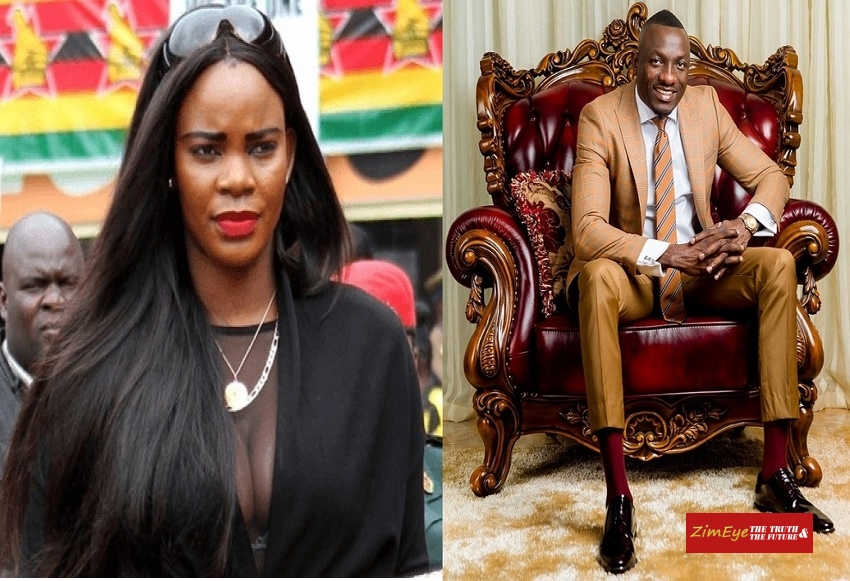 Marry is currently sick. She even couldn’t attend court due to the nature of her sickness.  Magistrate Mr Ngoni Nduna issued a warrant of arrest during a mid-morning hearing on the application by the State, although Mubaiwa’s lawyer, Ms Beatrice Mtetwa, said she was unable to be present for health reasons.

Marry Mubaiwa was brought to court in an ambulance, carried into the building on a stretcher and then pushed into the courtroom on a wheelchair while on an intravenous injection, after a warrant of arrest was issued against her for failing to attend a court remand hearing on charges of attempted murder and externalising foreign currency.

After her dramatic appearance in the afternoon before another magistrate, the warrant of arrest was cancelled. Hence this is why she couldn’t attend Ginimbi’s funeral.

Related Story
Genius ‘Ginimbi’ Kadungure To Be Buried At His Mansion In Domboshava
The late Genius “Ginimbi” Kadungure who died in a fiery car crash that occurred along the Borrowdale Road in the capital, in the early hours of Sunday will be buried at his Domboshava mansion.

According to  Ginimbi’s brother Darlington Kadungure whose spoke to HStvNews last night, Ginimbi’s body will undergo post-mortem as the tradition on Tuesday with the body lying in state at his Domboshava mansion on Friday ahead of his burial on  Saturday at his mansion.

Darlington said that the family was going to honor Ginimbi’s wish and have his body buried in his yard at the mansion and also have his million-dollar mansion turned into a hotel.

He also revealed that his late brother wanted a mausoleum to be built for him and his statue erected at the mansion in his honor.
One of Ginimbi’s relatives Noddy Kadungure, age 43, revealed that Ginimbi had, for the past month, acted as if he knew he was going to die as he had been telling the relatives of his wish to be buried at his lavish homestead, which he also wanted to be converted into a tourist resort.

“It was his wish to be given a befitting send-off and he took his time to inform us how to fulfill it.”

“Ginimbi will be buried at his homestead where he is expecting us to make it a resort place where locals and foreigners would visit.”

“He told us to build a statue at the homestead and also wanted us to allow all his friends to witness the burial,” said Noddy Kadungure.

Due to travel restrictions because of the global pandemic Covid-19, the burial of late socialite and businessman Genius “Ginimbi” Kadungure will be held on Saturday to allow his friends from the diaspora to come and pay their last respects.