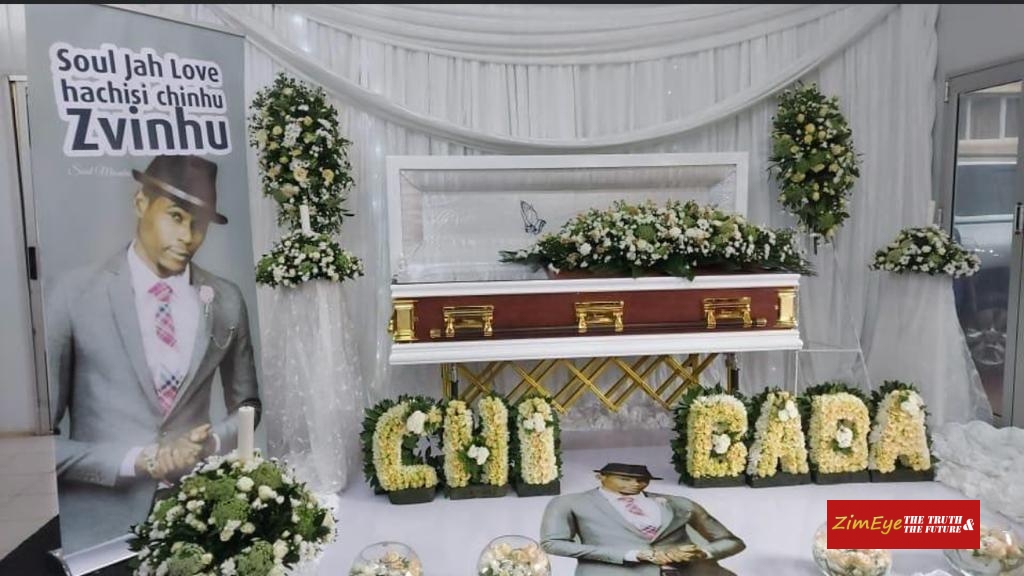 HAAA He had to give the grand exit. Sauro its sad to say good bye but you gone but we will not forget you. ALL youdid left a mark. like the mourners they said it all. People came out inn their numbers to pay their last respect to the Legend Soul Jah Love. As he away declared a national hero by the President Emmerson Mnangagwa on Thursday. The Mushkafamily was friendly was very grateful. For the assistance they received from the government.

Soul Jah Loves funeral was mixed with so many different emotions. As most fans thronged Msasa Park riot police came and dispersed crowds as they where not following the Lockdown rules. Today was just the Grand. Mourners came the police let them be one could not control their emotions.

Its sad people came out from all directions to assist soldierlove they could not do so when he was alive. Sad/ indeed. When the Heroes body was taken to Warren Hills the Entourage was just classic, he really and truly received a true Heroes burial.

Bounty Lisa said she was really saddened not only because they once where married but as a fellow artist. she was really hurt. But she came to give her last respect although they had not spoken to each other in three years.

People call him CHIBABA and yes Chibaba has gone we will miss you and remember your great work he brought smiles and we all relate to most of what he sang. Which was the truth. And justice for all.

His legacy will go on and on