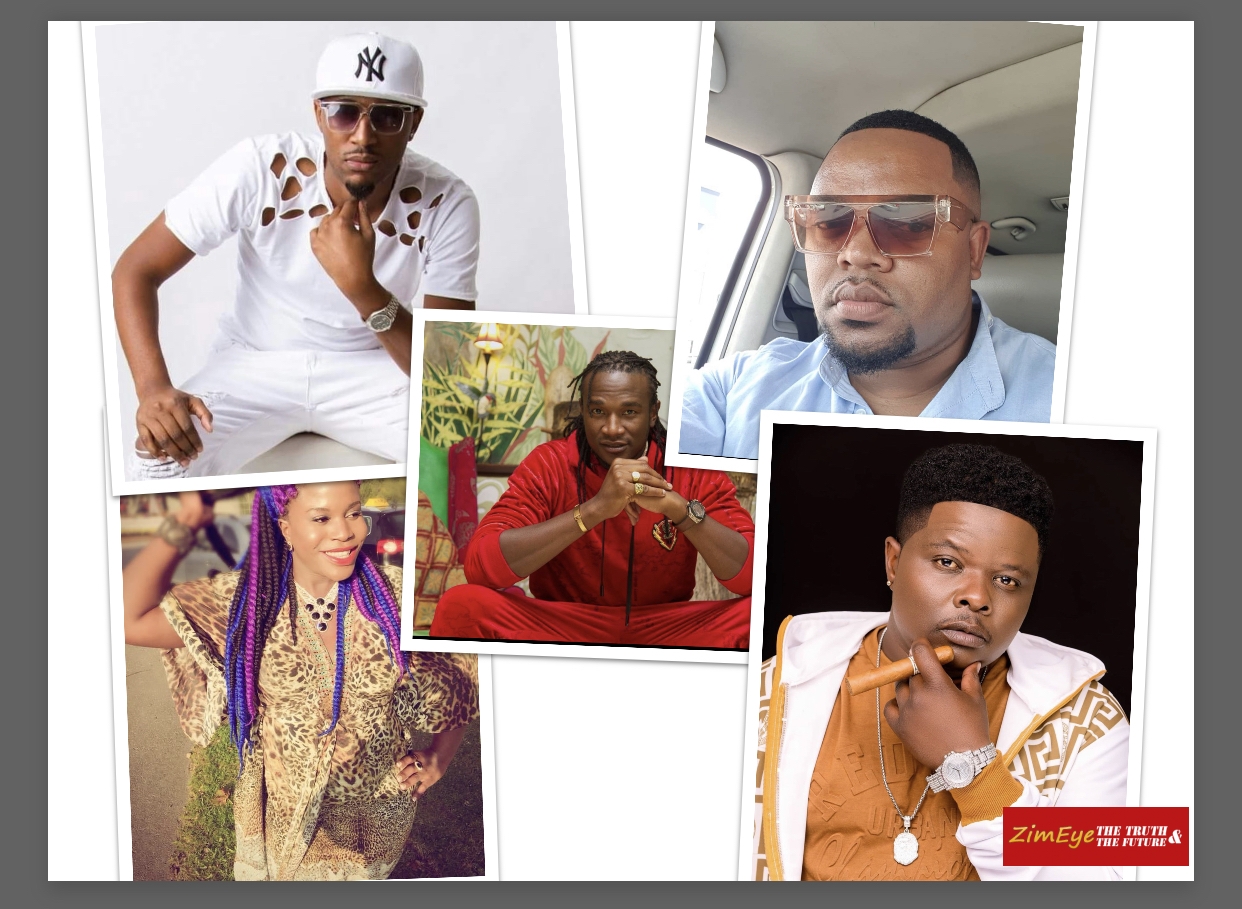 The queen of entertainment Tatelicious is at it again and this time she did a video in which she shared Guhwa About some of the top musicians in Zimbabwe. Watch the video below as she shared her Guhwa.

Tatelicious, born Tatenda Zenzo Karigambe, has spent more than US$80 000 to transform himself into a woman.

Now legally a woman after registering as a female with the Registrar-General’s Office, Tatelicious caused a stir when she walked into The Sunday Mail offices last Wednesday for a scheduled interview.

Wearing designer high heels, winter stockings, denim miniskirt, chiffon blouse and Pierre Cardin coat, Tatelicious (who said the clothing was worth over £3 500, or US$5 540) said she was ready to die for her right to transform from male to female.

She also refused to produce any documentary evidence to support her claims that a few years ago she was male.

“I was confirmed a boy at birth, but I just had a male body with a female mind,” said Karigambe, who says she completed the sex change in 2013 when the Registrar-General officially gave her documentation as a female.

The process of becoming a woman has involved doctors and lawyers.

Tatelicious is adamant that she is not gay, though she identifies with lesbians, gays, bisexuals, transgenders and intersexuals in the community more commonly referred to as LGBTI. She also dismisses claims that she is a sponsored science-culture project that many see as a direct attack on African value systems.

“I chose to liberate myself from the confines of society. I have spent more than US$80 000 on breast augmentation and vaginoplasty (male to female sex reassignment surgery). I invested in businesses and saved money – family, friends and other silent partners chipped in,” said Tatelicious, who added that the surgery was life-threatening as she was diabetic. “I did not do this for money. Growing up, my mother (availed) everything for us; we went to trips as far as the UK, Italy and the US. I’m a chemical engineer, I do consultancy and I run my own organisation, Tatenda NGO, and my husband is rich. He is a neurosurgeon, he is Scottish.

“We have a lovely (adopted) daughter, Trish, who is four. We run businesses; we are into transport, mining etc. I didn’t do this for money, this is who I am

Having grown up in one of Harare’s tough ghettos, Budiriro, and living in a country whose laws only recognise two sexes and whose culture abhors sex changes, one wonders how Tatelicious became a transwoman.

“I’m a twin in a family of four. Since I was growing up I had that disconnection – my brain and my body: seeing a male organ on me but being feminine in everything since kindergarten. As I grew up people thought I would change, they thought I was acting like a girl because there were lots of girls at home, and that I would change as I (got older).

My mom said to me as long as you are my child I’m satisfied with whom you are. I find no wrongness in you. But she never came out in the open to tell me that I was either gay or a transgender,” said Tatelicious.

But the family did not accept these changes easily, and they tried their best to exorcise the “demon” in their deviant brother, nephew and son.

“Some people may say maybe because I was brought up by a single mother with an absentee father that is why I turned out this way – no. My single parent was both a mother and father to me. My uncles thought they could beat me up until I became a man but it was all in vain.