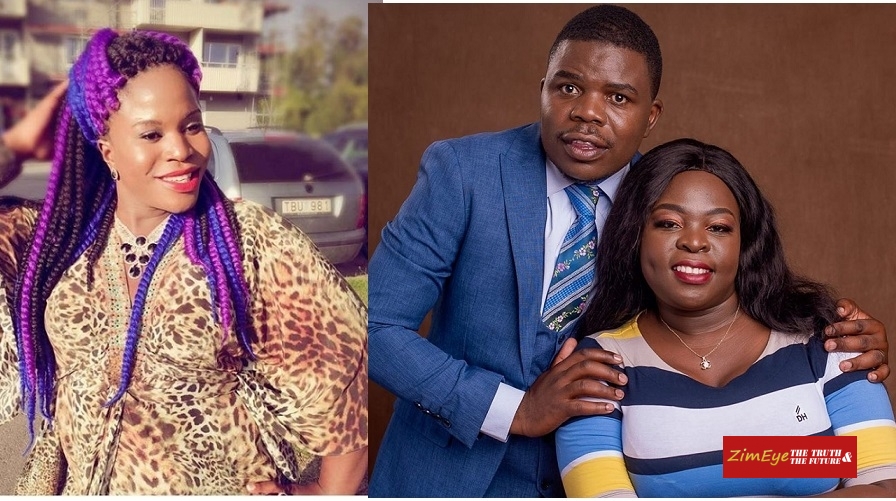 Comic Pastor Drowning In Love With Wife During Lockdown
Comic Pastor drowning in love with his wife in this lockdown: Pics. After the announcement, artists who have a lot of influence among them Comic Pastor, complied and have been posting videos raising awareness against the lethal virus. And being one of the most followed comedians on social media, Comic Pastor  said it was the right time he plays his part in creating awareness.
Comic Pastor is one of the finest comedians we have in the country at the moment. Prosper Ngomashi is a Zimbabwean comedian and MC who shot to fame after his comedy shot video titled Shamhu went viral in Zimbabwe on WhatsApp and Facebook in 2015. Prosper had been performing for years at various venues in Harare but was not mainstream.

After the wild success of the Shamhu video, however, he became a household name in Zimbabwe. Ngomashi, who describes himself as The Comic Pastor is now part of P.O. Box a comedy video film company that publishes it videos mainly on Facebook. Ngomashi appears in P.O. Box videos along with Sharon Chideu (Maggie) and Samantha Kureya (Gonyeti).

President Mnangagwa recently gave a directive for a national lockdown to curb the spread of coronavirus (COVID-19), which has claimed many lives. Comic Pastor says he has discovered his other talent as a cook during the on-going 21-day lockdown period.

Comic Pastor also revealed that he would put into good use the new talent he was sitting on for a while – cooking. Born Prosper Ngomashi, the versatile entertainer who also doubles as an emcee said discovered he was a good cook. “All along I didn’t know that I was a good cook and I only discovered it during the lockdown,” he said.

He said we was also willing to put into good use his new discovery. “After discovering this new talent, I also urge fellow men to do self-introspection and discover other talents they are sitting on during this period,” he said. Despite his new discovery, Comic Pastor said he was also working on new productions.