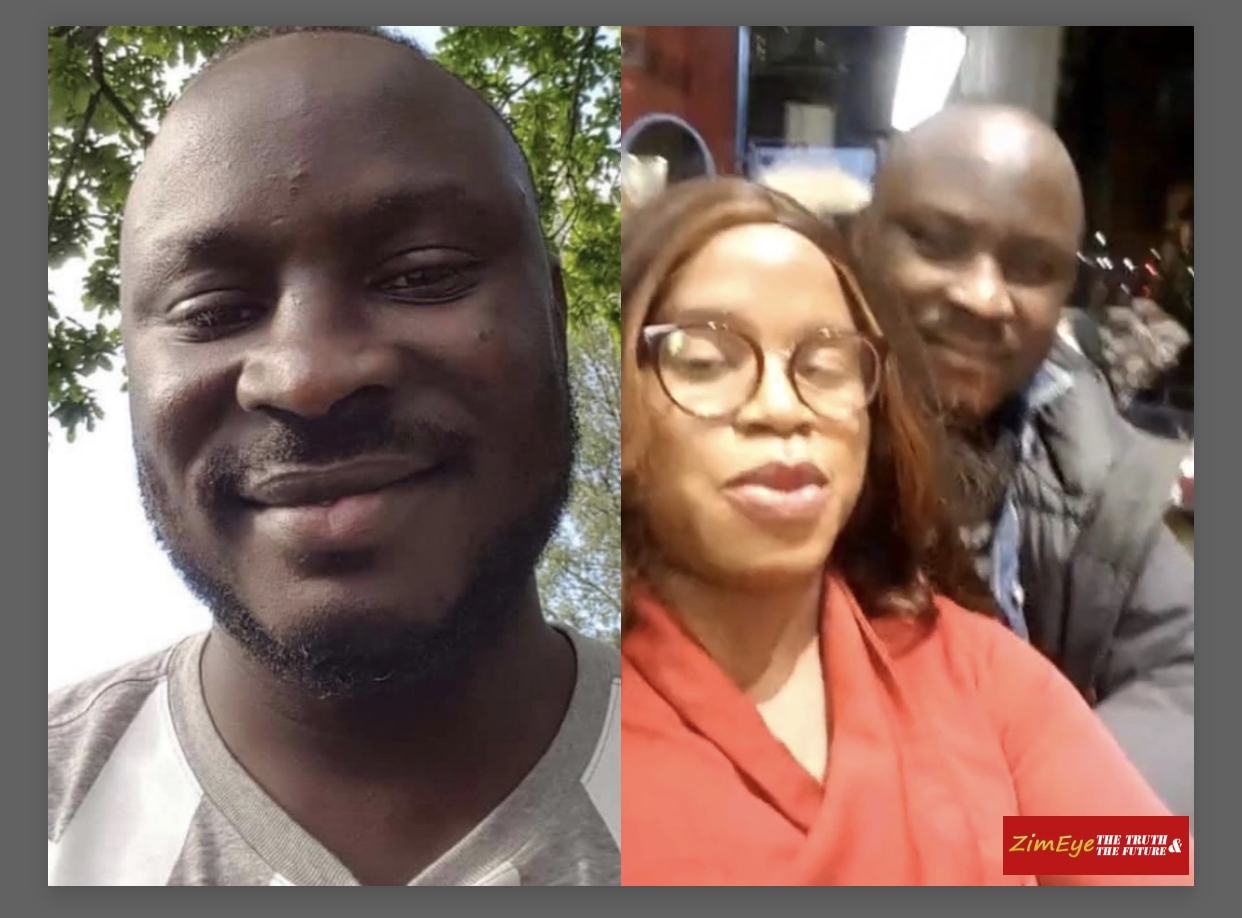 Tatelicious has already broken up with her new man she announced to her fans a few days ago. Tatelicious and her Nigerian boyfriend Christopher posted several videos together being lovey dovey and everything seemed ok untill Christoper got pressure from his Nigerian communityto leave Tatelicious and the couple had a nasty fight in which Tatelicious kicked him out and even called the police on him. Watch the video below.

Tatelicious Karigambe-Sandberg, a Sweden-based Zimbabwean socialite and transgender woman has ended her two months relationship with her Nigerian lover, Kelvin Ehigie, after she discovered he "only wanted to marry her because he didn’t have Swedish papers."

Tatelicious, who is also Human Rights activist for LGBTIQ and HIV & AIDS issues and one of the first Zimbabwean transgender women to go public, also revealed that she was alerted by a Ugandan lady in Stockholm, who Kelvin also allegedly played. According to her, after she was informed of his Kevin's impending plans, she searched his properties and found out that he had an expired LMA card and was ought to have left Sweden on the 31st of October 2019 for Italy because of a 'Dublin Case.'

The heartbroken transgender woman also claimed that during the two months Kevin was with her, she spent almost 10 000 US dollars on him, as he kept on complaining that he was building a house for his family and his mother is disabled. According to her, she has sent him packing but will continue searching for a loving Nigerian man because she still believes there is an honest Nigerian man who is ready to love her the way she is.  Kelvin and I are no longer together. I have ended it today and I have sent him packing BY FORCE.

Just did my research and Kelvin was not in love with me,he wanted to use me to marry him because he didn’t have Swedish papers.

He lied to me that he had Swedish permanent residency but I had a feeling of wanting to go through his things when he was bathing and I found out that he had an expired LMA card where by he was told to go back to Italy because he have a Dublin Case. I have attached the picture here .He was suppose to leave Sweden on the 31st of October 2019 going back to Italy.

I have also attached the picture of the lady from Uganda called Goolyx who lives in Stockholm who he played and she said its ok for me to post her picture. I came to my senses when a Ugandan woman called Goolyx in Stockholm reached to me.

This woman stayed with Kelvin for 3 weeks and Kelvin played the love card on her and ended up stealing an ipad for the lady and running away. So the woman told me to be just careful because Kelvin doesn’t love me but he’s after something .

He was given 3 months to leave Sweden by the immigration so he had decided to use me as his next target to fool and use to get papers. He never stole from me but he just fooled me using the love card.

I will do a live video when I have healed so that the other lady from Uganda who was played by Kelvin can join me and tell you herself.

Ladies and Gentlemen if you see Kelvin run away because he’s very convincing.

I spend almost 10 000 US dollars on him in 2 months we where together telling me that he was building a house for his family and said his mother is disabled and she need special medication .

I did this out of love but little did I know that it was just a 419.

But that will not stop me looking for love and I will continue searching for a loving Nigerian man because I still believe that there is an honest Nigerian man who is ready to love me the way I am.