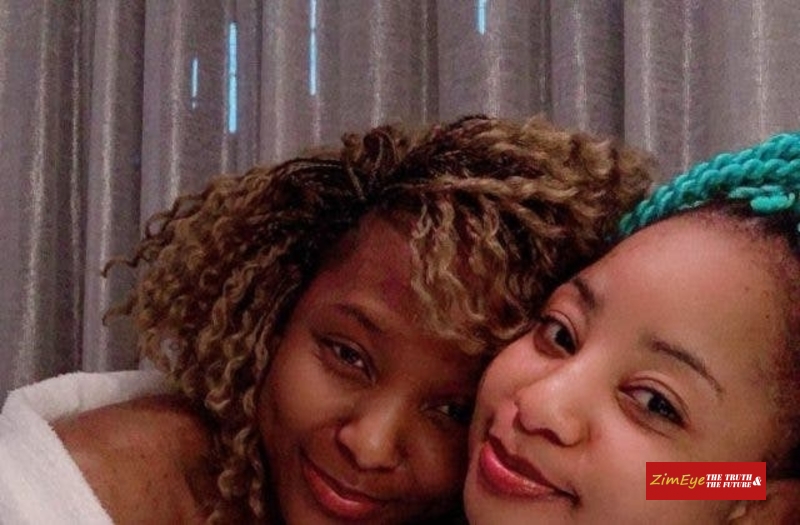 Contrary to popular belief that the late socialite Michelle ‘Moana’ Amuli was all about popping bottles and partying from dusk till dawn, her sister Tatts (Tatenda) claims that she really didn’t love that type of life but had to do it for her daughter, Tyra.

Speaking about her grief during a Facebook interview with ZimboLive presenter Carol Nyakudya, Tatts said there is a lot people do not know but are quick to judge and slut shame her family.

“I am ready to talk, people have been saying a lot of nasty things about me, my mom and my family. Vanhu vachitoti heeeh Mai vedu vaitidzidzisa chihure, do you think Moana would love her mom that much if that was the case?” said Tatts.

She went on to explain how Moana started partying.

“Pa Mimmie akazoita mimba everyone hated her even mu family some said ngabvise but she refused and went and stayed at her husband’s place, where she was also ill-treated to a point yekuti akazoti akubuda mumba macho and they told her to leave everything behind so akazonogara ku Warren Park with only a blanket and a pot.

“She started working ku Greenworld then akazororwa newumwe ex-husband whom she didn’t even love but ayida mari yake because the guy was taking care of her daughter and her as well but after sometime akazosiya because she couldn’t pretend anymore,” she said.

She continued saying, “after that breakup that’s when she started focusing on gym and fitness because she has always loved that. Also ndopa akatanga kuita ma party. She really didn’t like that lifestyle because she was a private person but she did all that for her daughter.”

Tatts who is quickly rising into the circles of influencers shot down reports that Moana was a prostitute in any way but said men used her sister.

“People used my sister, hurt her and dumped her, she was never a prostitute,” she said.

Speaking on how the death of Moana has affected her, Tatts admitted to abusing drugs and alcohol to sedate the pain.

“I took drugs, alcohol and everything as a way to stop pain but it didn’t help. I didn’t get professional help. I almost committed suicide. No one understood me, the only person I had was Moana. Everything reminds me of her. I come on social media trying to smile because I want people to think I’m happy.

“We are struggling, even when we go kuno vaya vanga variku funeral ya Mimmie vachiita kunge vane love when we go to them and tell them kuti Mimmie was a breadwinner chi chi chi they don’t even look at us,” said Tatts.

Tatts has been grieving the death of her sister for months now, she recently inked her skin with a permanent tattoo paying tribute to her sister, and she also said she will be releasing a tribute song which she recorded at Chillspot Studios.

Moana was amongst the three people who died in an accident which claimed flamboyant businessman Ginimbi in November last year as they were driving back home from her birthday celebration.

Over the weekend Ginimbi’s friends honored him by hosting a intimate event and wore all black attires.