What We Know So Far About Kembo Mohadi Sex Scandals 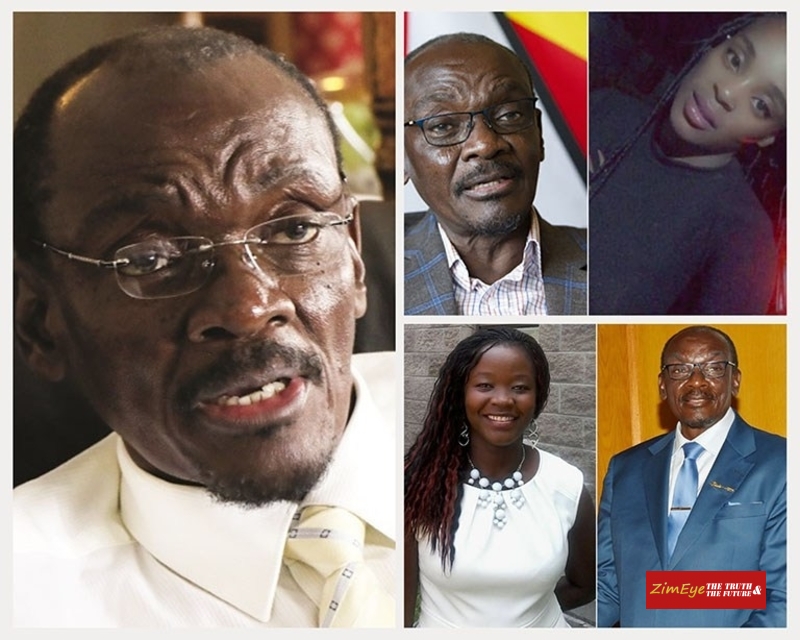 The scandal, exposed comprehensively by ZimLive since last week started by revealing that Mohadi was, last week Sunday left nursing wounds after being bashed over an extramarital affair with a married female Central Intelligence Organisation (CIO) agent who works in his office.

Mohadi was left bleeding after a raucous showdown with Jacob Mumpande, Abigail’s husband, who was accusing him of dating his wife. Mumpande together with his wife allegedly stormed the 71-year-old’s Milcox Road residence in Glen Lorne after learning of the affair.

It is also alleged that, an unidentified woman who was with Mohadi inside his Harare home got so angry at the discovery that he was seeing another woman she hit the vice president with an object, possibly a shoe, which caused him to bleed from the head, following the confrontation with Mumpande that took about an hour.

According to the leaked phone call between the two lovers, it has also been reported that Mohadi’s married young lover warned him he would overdose on an aphrodisiac as he prepared himself for some action in bed.

Mohadi reportedly took two cups of the concoction to rouse his equipment ahead of a night of passion with the married CIO agent who works in his office.

ZimLive yesterday noted that the marriage of Chervaughn Choeni, another woman who was heard on a phone call with the 71-year-old Vice President agreeing to have sex with him in his office had collapsed.

Her marriage with a Harare man, Martin Chabuka has broken down because of her extramarital affair with Mohadi. The couple have a son. Chabuka changed his Facebook account bio from being married to divorced following the embarrassing sex scandals involving his wife.

Seemingly, Mohadi has already ruined two marriages including that of two CIO agents.

It has since been further reported that Mohadi’s mobile phone was intercepted leading to embarrassing leaks of his private communications.

Yesterday, ZimLive reported it had been handed an audio recording of a phone call between Mohadi and a woman identified as Luba whom the Vice President offered to pay college fees and then demanded to have sex with her.

It has been reported that in 2016 Luba was desperate to go to college when a chance meeting between her brother and Mohadi, who was then the state security minister, brought some good news.

Mohadi then met Luba at his office in Bulawayo where he agreed to pay her fees for a course in Information Communication Technology with a Bulawayo college.

In an interview with ZimLive, one of Luba’s friends recalled: “Just a year later, in 2017, Mohadi started calling Luba and invited her for lunch at his office. He told her he loved her, and wanted to sleep with her. He was way older and she was not attracted to him, but she felt her education depended on it and gave in to his wishes.”

Information permanent secretary Nick Mangwana on Sunday astonishingly went on Twitter to defend Mohadi’s sex scandals citing that calls for him to resign were just “noise from insecure men.”